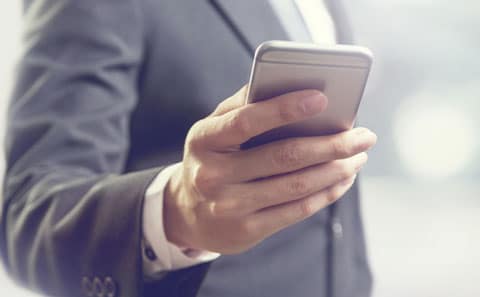 For the last decade, scientists have warned us that cellphones are linked to brain cancer.

But the mobile industry has fought back, saying the research is inadequate and inconclusive.1

Now, Sen. John McCain, whose job demanded long hours of cellphone use, has been diagnosed with glioblastoma. It’s the deadliest form of brain cancer. Only about 30% of patients survive longer than two years after diagnosis. And it’s the type of cancer most closely linked to cellphone use.2 3 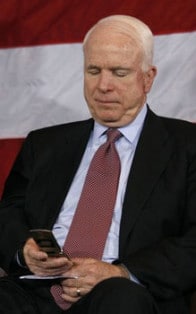 Sen. John McCain on his cellphone

Just this past May, a group of researchers published a massive review of all studies from 1980 through 2016 that examined cellphone use and glioma, the class of tumors that includes glioblastoma.

The findings were scary.

To quote the study, published in PlosONE:

Ipsilateral means affecting the same side of the body. So, for example, if you use your left hand to hold your cellphone to your head, there is a greater risk of the tumor developing on the left side of your brain.

John McCain is left-handed. The tumor was over the senator’s left eye. That’s very close to where he would have been pressing his cellphone to his head for many years.

Another major 2016 study tested the effects of cellphone radiation on rats. It was conducted by the National Toxicology Program, a branch of the National Institutes of Health.

The conclusion? Cellphones are a “likely” cause of cancer.

The study exposed more than 2,500 rats for two years to the same type and amount of radiation you get when you use your cellphone. The researchers found that rats getting cellphone radiation developed brain cancer at higher rates than rats not exposed to the radiation.5

Malignant brain tumors are the most common cause of cancer deaths in American adolescents and adults ages 15 to 39.6 Young people are also the most frequent cellphone users.

A research paper published in the International Journal of Epidemiology in 2010 followed avid cellphone users for 10 years. They spoke on the phone for an average of 30 minutes day.

Scientists found these heavy cellphone users had a 40% higher risk of brain cancer than those who used their phones less often.7

5 Ways to Protect Yourself

In today’s world, it is almost impossible to function without a cellphone. But there are simple steps you can use to lessen the danger:

Two more things… When you’re getting a weak signal, such as only one bar, be especially vigilant about not putting the phone up to your head. Some phones greatly increase their power in an attempt to capture a better signal. That’s when you’ll get a big dose of radiation.

Editor’s Note: We’ve uncovered one of the most shocking conspiracies of all time… A scheme to suppress a stunningly effective treatment for cancer…and keep it hidden from the patients who desperately need it.