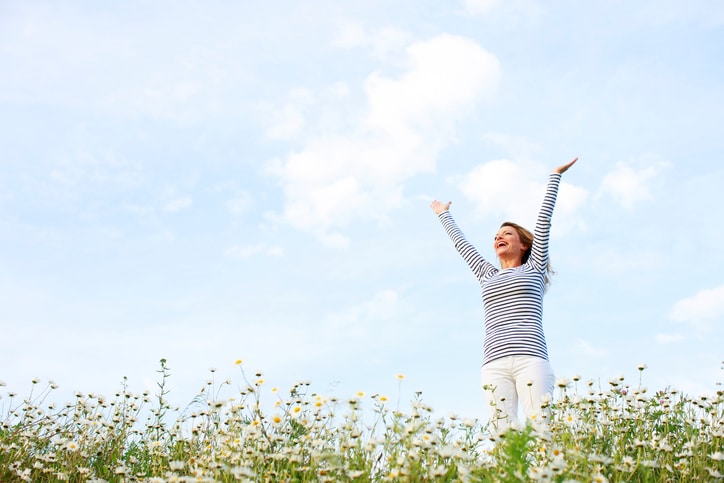 For some women, the problems are severe enough to be debilitating. Doctors often recommend hormone replacement therapy (HRT). But conventional HRT is linked to heart attack, stroke, and breast cancer.1

“Bioidentical” hormones are another option. They are chemically identical to the hormones women make in their bodies. But there are few studies that have investigated whether bioidentical hormones are safer than conventional HRT.2

Now, researchers may have found a better option.

A new study shows that the herb fennel is safe and effective against menopause symptoms. Fennel, which has a licorice or anise flavor, contains phytoestrogens. These are natural, plant-derived compounds similar to human estrogen.

Researchers looked at 90 menopausal women from ages 45 to 60. They divided them into two groups. One group took a 100 mg fennel supplement twice a day for eight weeks. The other group took a placebo. Neither the participants nor the researchers knew who was receiving fennel or the placebo until the study was over.

Before the study began, researchers assessed a baseline for each woman’s symptoms with something called the Menopause Rating Scale (MRS).

The MRS is a self-reported quality-of-life index in which women rate their menopause symptoms. These include hot flashes, sleep problems, depressive moods, irritability, anxiety, tiredness, and sexual problems.

At the four-, eight-, and 10-week marks of the study, the researchers had each woman rate their symptoms.

Scientists found that the women taking fennel had significantly lower MRS scores for all menopause symptoms. Researchers concluded fennel is “an effective and safe treatment to reduce menopausal symptoms in postmenopausal women without serious side effects.”3 4

The study recently was published online in Menopause, the journal of The North American Menopause Society.5

Researchers believe that phytoestrogens in fennel ease the hormonal transition of menopause. They bridge the gap from when a woman stops producing estrogen until her body adjusts to lower levels of the hormone.6

Getting fennel from the fresh herb or seed is ideal. But few people eat enough of it. Instead, a supplement may be the best solution. Fennel capsules—like those used in the study—are available at health food stores and online.

Besides easing menopause symptoms, fennel supplements are used to ease digestive problems. In India, it’s a common practice to chew fennel seeds after a big meal to prevent indigestion.

Follow the label directions for the correct supplement dosage. Potency varies among brands.