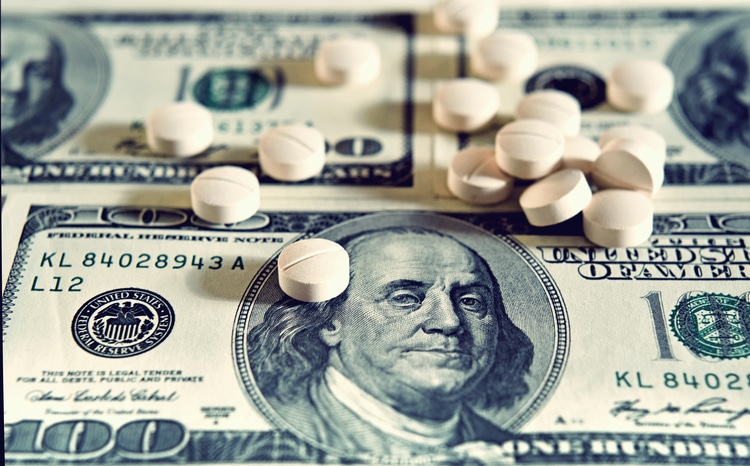 We like to think that we can trust our doctor—especially when it comes prescribing drugs. But a disturbing new study confirms a grim suspicion we—and many others—have held for years…and it should have every patient concerned.

The vast majority of doctors are on Big Pharma’s payroll.

Researchers at Drexel University randomly surveyed more than 3,500 adults who had visited a doctor within the last year. Then they checked subjects’ doctors against data from Open Payments. It’s a government website that reports pharmaceutical and medical device industry payments to physicians.1

They found that 65% of the doctors had received payments or gifts in the past year from drug and/or device manufacturers.2

This comes on the heels of another report that directly tied drug company payoffs to doctors’ prescribing habits. The study showed that doctors who receive more than $5,000 from drug companies prescribe the most brand-name drugs to their patients.3

Just 5% of Patients Know the Truth

Dr. Genevieve Pham-Kanter is an assistant professor in Drexel’s Dornsife School of Public Health. She recently published the new research in the Journal of General Internal Medicine.

“Patients should be aware of the incentives that their physicians face that may lead them to not always act in their patients’ best interest,” Dr. Pham-Kanter warns.4

The study reveals that orthopedic surgeons are the type of doctor most likely to take payoffs. Eighty-five percent received payments. Obstetricians and gynecologists were right behind them at 77%.

Perhaps the most alarming trend exposed by the study is that most patients are clueless about doctors’ conflict of interest:

Is Your Doctor on the Take?

It’s easy to find out if your doctor is being paid by drug or medical device manufacturers. These companies are required by law to release details of their payments to doctors.5

The website ProPublica tracks the payments. Simply type in your doctor’s name and the state in which he or she practices. You’ll instantly see if they’re on Big Pharma’s payroll. It will tell you exactly how much your doctor has been paid and where payments came from.