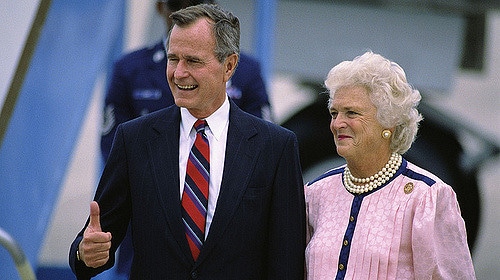 When former president George H.W. Bush and his wife Barbara were both hospitalized this week for similar health problems, doctors noted that this was not an unusual circumstance.1

Couples often get sick at the same time.

If it has happened to you and your spouse, you may have figured it was because you were both exposed to the same germs.

A recent study reveals that’s only part of the story.2

In research published in the journal Nature Immunology, scientists analyzed the immune systems of 70 married couples. They tracked the subjects for six months to observe how their immunity responded to their environment.

An explosive body of hidden government research that proves this compound could be the missing link to help you battle cancer and win… No matter your type or stage… Even if you’ve been written off as “incurable”… And even if you’ve tried everything before.

The best part is, you can do so… With just a couple of drops… Without a prescription… And for as little as $1 per day.

And thanks to the legal loophole that allows you to enjoy the healing power of this natural herb, you or a loved one could try it and become free of cancer… Just like the thousands of everyday Americans who are reportedly defeating even the most “incurable” late-stage cancers. More details HERE. 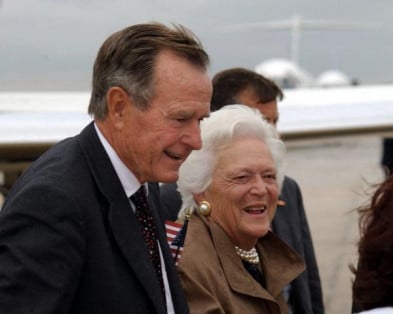 They discovered that over time the immune systems of couple grow alike. They showed 50% less variation than randomly paired men and women.3

This came as a bit of a surprise to the researchers. After all, married couples are unrelated. They have different genes. The study found that the largest influence on immunity was not genetics. It was cohabitation.

That means your immune system is more dependent on your environment than your genes.

Your environment is made up of a litany of factors: diet, exercise, air, water, etc. And we share much of those things with our spouse. This causes our immune systems to become similar. The longer you are married, the more your immune system grows to resemble that of your partner.

So when you both come down with a cold at the same time, it’s not only because you were both exposed to the same virus. It’s because your similar immune systems were both unable fight off the germ.

This may have been the case for George and Barbara Bush. After all, the couple celebrated their 72nd anniversary on Jan. 6.

The 92-year-old ex-president was treated in intensive care at a Houston hospital for pneumonia after experiencing “shortness of breath.”

A few days later, Barbara, 91, was admitted to the same hospital with similar symptoms, including coughing and fatigue.4

Editor’s Note: If you’re looking for ways to boost your immunity during flu season, there’s something you should know…

There are 31 secrets that build a super-human immune system… And we’ve put them all together for you in our urgent report, Bulletproof Your Immunity: Easy Ways to Protect Your Health.