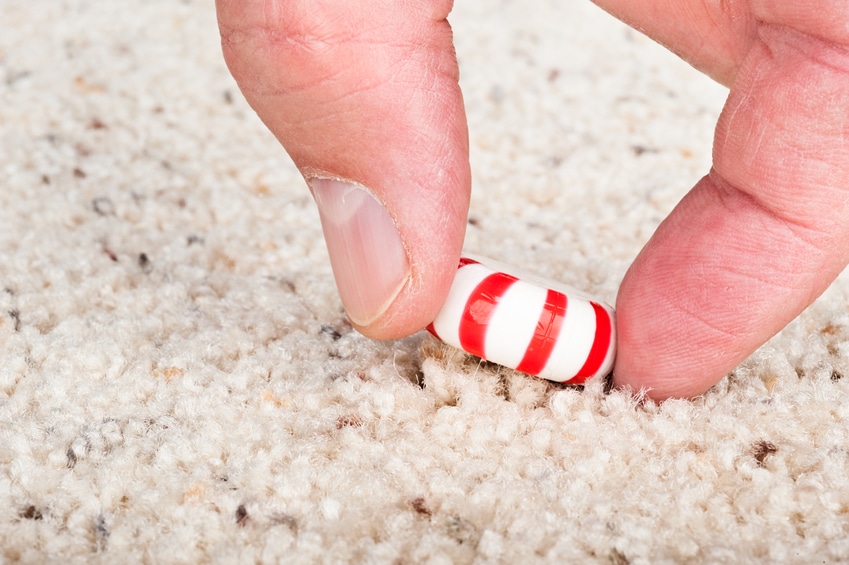 It’s a time-honored rule followed by parents everywhere: If food is dropped on the floor, it’s OK to eat if it’s picked up in less than 5 seconds.

But does the “5-Second Rule” have any basis in reality? Does picking up food quickly thwart germ contamination?

A new university study tested the popular practice. Biologist Donald Schaffner conducted the research at his lab at Rutgers University. “We decided to look into this because the practice is so widespread,” he said.

The 5-Second Rule is complete bunk.

Professor Schaffner and his colleagues found that bacteria can transfer to your food no matter how fast you pick it up. Even in less than one second.1

But what kind of food you drop—and what surface it lands on—has a dramatic effect on how many germs are transferred, the study showed.

Should You Eat Dropped Food?

They allowed each food to contact the surfaces for four different time periods: less than a second, 5, 30, and 300 seconds (5 minutes). They did over 2,500 tests in all.

They found that the length of time the food contacts the floor is virtually irrelevant to germ transfer. More important are the moisture of the food and the type of surface it lands on.2

Watermelon gained the most contamination. Watermelon had about double the bacterial contamination of the other three foods, even when it was in contact with the surface for less than a second.

Gummy bears, with a drier “shell-like” surface than the other foods, had by far the least contamination. Bread and bread with butter were contaminated at similar rates initially. But the bread with butter gained more bacteria as the length of time on the floor increased.

Why does moisture make a difference? “Bacteria don’t have legs. They move with the moisture. And the wetter the food, the higher the risk of transfer,” explained professor Schaffner.

Surprisingly, the researchers found that carpet is the floor surface that is safest for dropped food. Except for watermelon, foods dropped on the carpet had half or less bacterial contamination than foods dropped on the other three surfaces. Unlike hard flooring, carpet is textured. So when food lands on it, less of the food makes contact. This means less contamination, researchers believe.

The study was published recently online in the American Society for Microbiology’s journal, Applied and Environmental Microbiology.

The 5-Second Rule is not only wrong, there’s evidence it’s dangerous.  About 12% of all food poisoning cases reported to the CDC are the result of foods making contact with contaminated surfaces.3 That’s nearly 6 million Americans a year who get sick because their food touched a germy surface. 4

The bottom line: Forget the 5-Second Rule. Once food is tossed on the floor, toss it out.