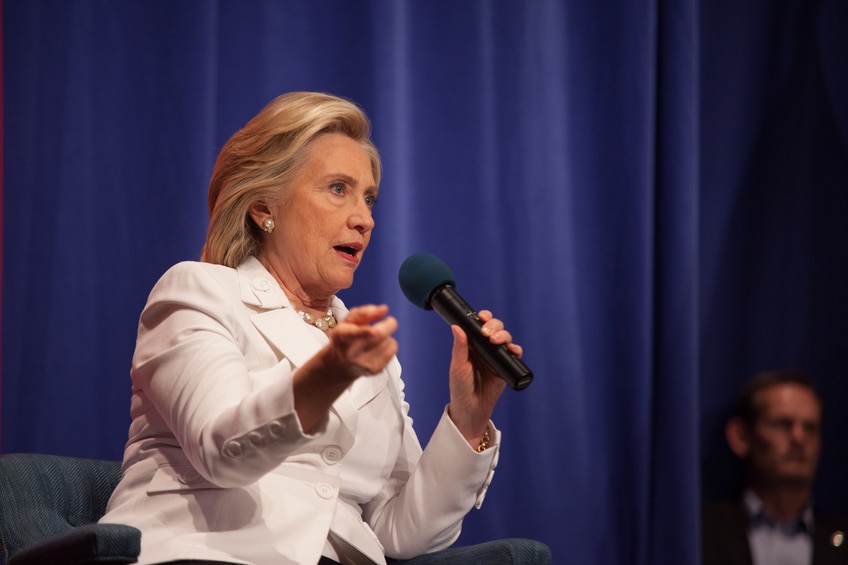 Hillary Clinton’s doctors are doing what most doctors do when a patient has pneumonia: They are dosing her with antibiotics.

But there’s a problem with this strategy. Chances are, antibiotics will do absolutely nothing to help her.

Pneumonia is a serious infection of the lungs. It can be caused by a virus or bacteria. In Clinton’s case, doctors don’t yet know which it is. In most pneumonia patients, the cause is never identified.1

But a major study by the U.S. Centers of Disease Control last year showed that viruses cause twice as many cases of pneumonia as bacteria.2

Antibiotics are useless against viruses. Even worse, they can wreck your long-term health. When it comes to bacteria, antibiotics are like a nuclear bomb. They kill everything, good and bad.

Mahyar Etminan is a pharmacological epidemiologist at the University of British Columbia. He says antibiotics are used “by lazy doctors who are trying to kill a fly with an automatic weapon.”

How Antibiotics Can Wreck Your Health

When Clinton destroys her good bacteria, she will become vulnerable to a wide range of health problems.

Like Clinton, another patient—we’ll call him “John Lloyd”—suffered from a chronic cough. When the New York web designer went to his doctor, he was diagnosed with a mild case of pneumonia. His doctor put him on the antibiotic Levaquin.

Recommended for You: We Hope You Aren’t Taking This Deadly Heart Drug!

Pradaxa killed 542 patients in a single year. It caused 644 strokes and 291 kidney failures. But the FDA still refuses to ban it. That’s why it’s so urgent you get your hands on natural alternatives that cut your heart disease risk and keep you safe.

Like the enzyme from soybeans that acts as a natural clot-buster. And the healthy fat that keeps blood cells slippery so they won’t clot.

There’s also the natural cooking additive that’s protected Asians against heart disease for thousands of years. And the common vitamin that can lower blood pressure by 24%.

Find out how to do away with blood thinners, statins, and other dangerous drugs HERE. Including this 7,000-year-old blood pressure treatment recognized by the Japanese government…

After just one dose, John developed widespread pain and weakness. But his doctor told him to take the next dose anyway. The next pill caused pain in all his joints and vision problems.3 Soon he was so weak that he couldn’t walk up stairs. He suffered uncontrollable shaking, heart palpitations, back spasms, and burning pain in his hands and feet.

Three and a half months after he stopped taking the antibiotic, the symptoms persisted. Doctors say they may never go away completely.

John’s case is not unusual. More than 2,000 lawsuits have been brought by Americans taking Levaquin.4

Besides the problems suffered by John, antibiotics commonly used against pneumonia are linked to digestive problems, tendon rupture, and fatal aortic aneurysm.5

Vitamin C has long been used as an immune booster. But it is particularly effective against pneumonia—whether it’s viral or bacterial.

A 2011 study found that vitamin C helps seniors with pneumonia recover much faster. Researchers looked at more than 300 elderly pneumonia patients. Half were given a daily vitamin C supplement. The other half was given a placebo.

The patients getting vitamin C improved their lung function faster. What’s more, there were five deaths in the placebo group and only one among the patients taking vitamin C.6

The best source of supplemental vitamin C is the liposomal kind. That means it’s mixed with fat. This makes it easier to absorb. You can get liposomal vitamin C at health food stores and online.

When antibiotics wipe out your supply of good bacteria, it leaves you vulnerable to candida. It’s one of the worst—and most common—types of yeast infections. It can even cause cancer.

Antibiotic use is just one of the three main triggers of a candida infection. But once you discover how to avoid them… You can free yourself from this health scourge.