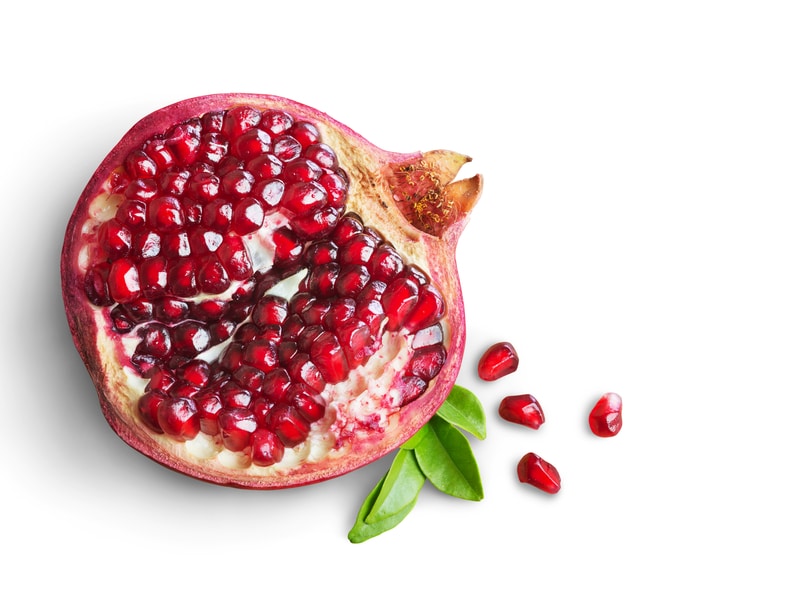 A research breakthrough has uncovered an anti-aging secret that promises to dramatically boost lifespan in worms and mice.1,2 And could have serious implications for humans too…

The average American now lives to age 79. But if this new discovery can impact humans in the same way, it could extend average longevity to an astonishing 118.3

As we age, our cells lose the ability to nourish themselves. Of course, this deterioration affects our health. So the key is for cells to protect themselves from aging. And now scientists have discovered a substance that does just that. It’s called urolithin A. And it’s produced when you digest certain foods—like pomegranates.

Urolithin A boosts cells’ ability to nourish themselves and regain optimum health. This doesn’t just slow the aging process. It may actually reverse it in muscles.4

The new study was done at the Ecole Polytechnique Fédérale de Lausanne in Switzerland. It was published in the prestigious journal Nature. The researchers reported: “We believe this research is a milestone in the anti-aging efforts.”

Scientists first gave urolithin A to worms. Their lifespan increased by 45%.

Researchers then gave urolithin A to old mice. They tested the running endurance of the mice versus a control group. The treated mice outlasted the control group by 42%. They also examined the mice’s cells and found that the group given urolithin A had more robust cellular health.

Human clinical trials of a urolithin A are now underway.

Recommended For You: Alzheimer’s Herb Works Better Than Drugs

But you can still get your hands on the safer, natural version today…before they try to sell it to you for hundreds of dollars. Go HERE for the full story.

Eating pomegranates or drinking pomegranate juice does not guarantee that the body will produce enough urolithin A to hold off aging. So the scientists have developed a supplement that provides higher levels of Urolithin A.

Research director Johan Auwerx said he expects urolithin A will have similar anti-aging effects in humans as it did in mice and worms.

“Species that are evolutionarily quite distant, such as worms and mice, react to the same substance in the same way,” Auwerx said. “That’s a good indication that we’re touching here on an essential mechanism in living organisms.”5

Editor’s Note: Health Watch will alert you to the findings of the human study as soon as they are released. And we will tell you when a urolithin A supplement becomes available to the public.

In the meantime, eat pomegranates and drink pomegranate juice. They are loaded with antioxidants.

In addition to the potential to reverse aging, pomegranates:6,7

There’s one other thing you should know about healthy aging…

When we combined this sought-after, potent, high-quality form of pomegranate with one of nature’s most powerful antioxidants… The antiaging benefits became even more impressive.

But we didn’t stop there. This special video presentation has all the details.