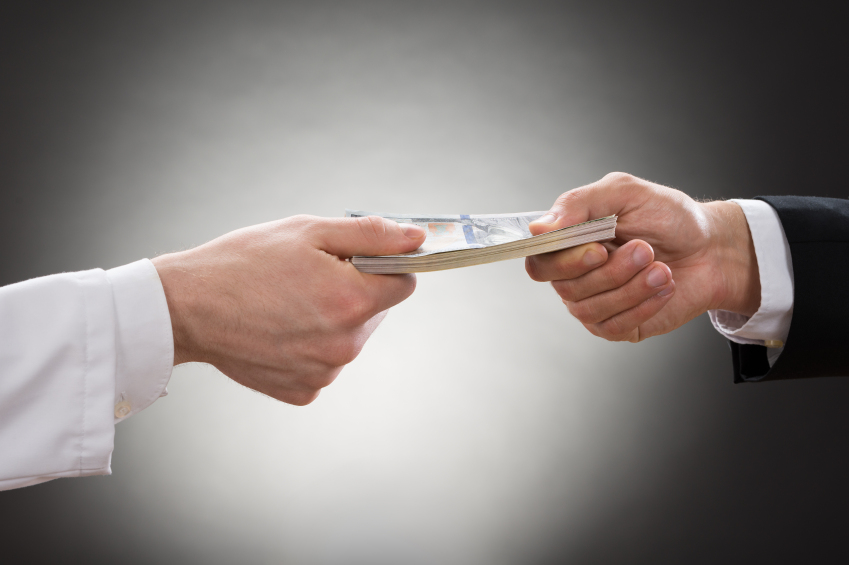 Lately you may have heard about pharmaceutical firms making huge donations to charities that cover patients’ drug copayments. But instead of applauding their generosity, you should be angry. Very angry.

For every dollar they donate, they get thousands, sometimes millions, back in profits.1

Where do they get this massive windfall? From you, the taxpayer.

It is worse than a Wall Street Ponzi scheme. And although it’s unethical, it’s completely legal. An unholy alliance among Big Pharma, the copay charities, and government regulators allows this fraud to happen every day.

Here’s how the scam worked in the recent case of Turing Pharmaceuticals:

The company owned the rights to a drug called Daraprim. It’s commonly used to treat toxoplasmosis, a parasitic infection.

With a price that absurdly high, many patients would consider other options. But Turing donated money to a copay charity. In this case it was Patient Services, Inc. The charity turned around and used the money to cover the insurance copay of patients on the drug. So it actually became cheaper for patients to use this ridiculously expensive drug because the copay was paid for by the charity.

Who pays the rest of the outrageous price? Medicare and the taxpayers who fund it.

A million-dollar contribution from a pharmaceutical company to a copay charity can keep hundreds of patients from abandoning a high-priced drug. This enables the donor to collect millions from Medicare. There are 40 million Americans on Medicare.

The result is that the U.S. taxpayers support a billion-dollar system in which charitable giving by the drug companies is nothing more than a front for price gouging.

Most major drug companies are partaking in this kind of fraud. Of course, they say increased drug prices have nothing to do with the availability of taxpayer money. Rather, they blame the cost of research and development for new medications. That’s bunk.

There’s no excuse for raising prices 100-fold or more. But Big Pharma has no shame.

A drug company named Retrophin hiked the price of a drug called Thiola by 1,900%. After donating to copay charity, it made out like bandits.

Valeant Pharmaceuticals International did the same with a pair of drugs that treat Wilson Disease. This is a disorder in which copper accumulates in the body. They increased the prices of the medications by an astonishing 2,600%. But Valeant gave money to the copay charity Patient Access Network Foundation and made a hefty profit.

Since 2010, contributions to the largest seven copay charities have more than doubled to $1.1 billion. This coincides with astronomical increases in some drug prices.

Everybody Wins in This Crooked System… Except You

Under this crooked system, almost everybody wins. The drug companies make a big profit. The charities get a slice of the donations. The patients get free medications. Politicians get big campaign contributions from drug companies to keep the system legal.

The only loser? You, the taxpayer.

Adriane Fugh-Berman is a doctor who’s studied pharma marketing practices for three decades. She is an associate professor of pharmacology and physiology at Georgetown University.

“It looks great for pharmaceutical companies to say they are helping patients get the drugs,” she said. “Meanwhile, they’re bankrupting the health care system.”

How can this gouging be legal? In 2003 Congress expanded Medicare. It created Medicare Part D to cover prescription drugs. In doing so, it banned Big Pharma from covering copays. These could be considered illegal kickbacks that would push patients to a Big Pharma drug instead of cheaper alternatives.

However, Congress left a loophole in the law.

It allows “bona fide, independent” charities to help Medicare patients with drug costs. Therefore, Big Pharma can donate to copay charities—as long as the charities operate independently of the drug firms. But with charities dependent on Big Pharma for donations… Which drugs do you think the charities push?3

Don’t look for the government to end this racket any time soon. Just this past December, five former employees of the copay charity Caring Voice Coalition reported that patients who didn’t use a drug from one of the charity’s donor companies were wait listed. Or sent away.

Even with this damning information, what did government regulators do? Absolutely nothing.

There’s a growing crisis that’s about to become the biggest our country has faced since the Great Depression.

Make no mistake, the time to protect yourself is now. Go HERE for all the details.