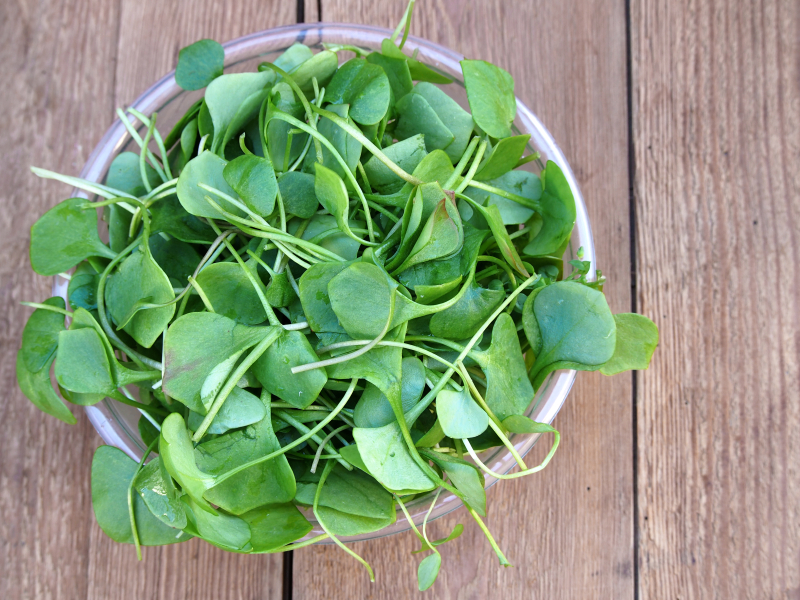 A new study shows there may be a way hopelessly addicted smokers can protect themselves from lung cancer.

The best way to prevent lung cancer is to quit smoking. But millions of people are unable to kick the habit. New research shows that watercress extract can reduce cancer-causing chemicals in smokers.

University of Pittsburgh scientists recruited 82 smokers for a randomized clinical trial. The participants were divided into two groups.

For the first week, one group took 10 mg of watercress extract mixed with a tiny bit of olive oil four times a day. The other took a placebo.

For the second week, neither group took anything.

Throughout the study researchers measured carcinogen levels in both groups. They found that watercress extract significantly reduced cancer-causing chemicals.31

Watercress extract lowered benzene levels by almost 25%. Acrolein dropped by over 15%. It reduced a leading carcinogen known as nicotine-derived nitrosamine ketone by 7.7%.

These numbers may not seem huge. But the study’s lead author said the extract can make the difference between getting cancer or not getting it.

Dr. Jian-Min Yuan is associate director of the University of Pittsburgh Cancer Institute. Watercress extract is “an incredibly valuable tool in our cancer-fighting arsenal,” he said.

Watercress extract is even more effective for people with a genetic predisposition for lung cancer. These are people who lack a gene that clears carcinogens from the body. Watercress extract reduced benzene from smokers with this gene variant by 95%. It lowered acrolein by 33%.

Watercress is a green leafy vegetable sold in most supermarkets.4 It is usually eaten as a salad green and in sandwiches. It contains the oil phenethyl isothiocyanate. This oil has been shown to be an effective lung cancer fighter in laboratory rats.5 Watercress is also high in vitamin C, which has antioxidant properties that prevent cancer.

The researchers said that eating watercress is unlikely to have the same anti-cancer effect as taking the extract. You can find the extract in health food stores and online.

Here’s another thing you should know about cancer prevention…