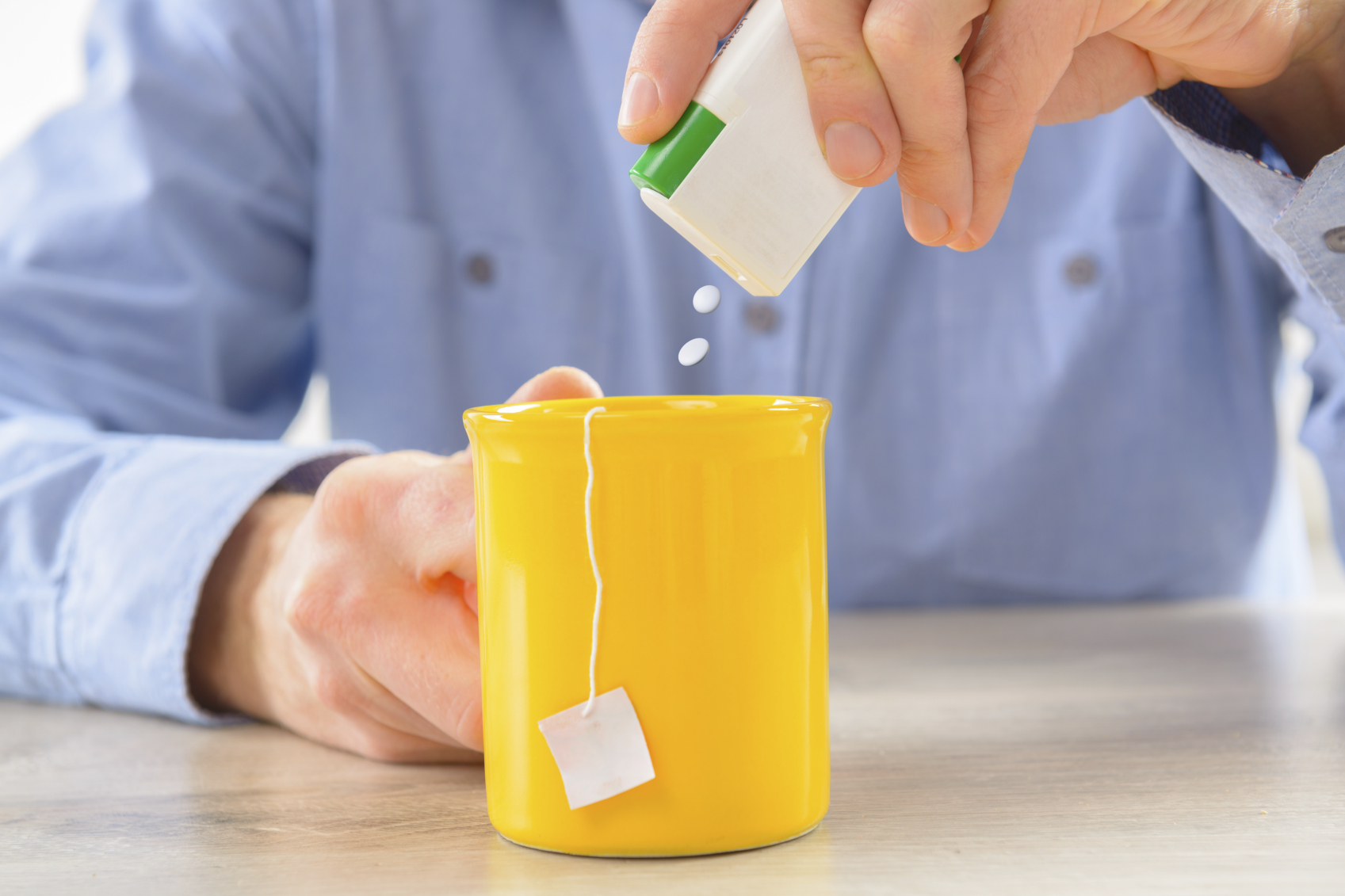 If you’re a regular Health Watch reader, you know the dangers of eating sugar. It may be the single biggest threat to your health… Eating it does more than just make you pack on extra pounds. A recent study confirms that simply swapping sugar for something else isn’t the solution.

A team of researchers in Israel found that artificial sweeteners are just as dangerous. They may raise your risk for diabetes and obesity—just like sugar.1 But it isn’t limited to blood sugar spikes. These sweeteners might be hiding an even dirtier secret. And it could be compromising more than your waistline.

The researchers looked at how these sweeteners affected both humans and mice. In one human study they found that long-term use leads to weight gain, higher fasting blood sugar levels, and greater abdominal obesity.

To follow this up, they gave these sweeteners to seven people who never ate them. In under a week, more than half of them had major increases in blood sugar levels. But the study on mice had a completely different design. And it’s even more convincing.

In other words, both types of sweeteners—sugar and artificial—raised these mice’s risk for diabetes. But that wasn’t the negative change…

Artificial sweeteners don’t just cause blood sugar to spike… They lead to significant changes to your gut flora. The team found that mice with no healthy gut bacteria did not have a response to the sweeteners. But after a fecal transplant—to add good bugs to their intestines—their blood sugar response was huge.

This suggests that the real damage from these fake sweeteners may come from harming your good gut bacteria.

The results aren’t surprising. Even at low doses, sweeteners like Splenda can wreck your metabolism. They may also cause your response to real sugar to be even more negative. One study found that subjects who had Splenda before eating sugar had a 20% higher insulin and blood sugar response.2 And this was in people who didn’t use it regularly.

Just imagine how high your levels could spike if you’re consuming these sweeteners every day.

The bottom line is that artificial sweeteners are just as dangerous as sugar. But if you’re using them more than you would regular sugar because you think they’re healthy, they could be even more dangerous. They’re something you should go out of your way to avoid.

We’ve told you before that aspartame raises your lymphoma risk by 30% over two decades. Splenda may even be more carcinogenic. Your best bet is to eliminate them all.

Have you ever given up sweeteners? Did you notice a difference in the way you looked and felt? Tell us about it in the comments below.