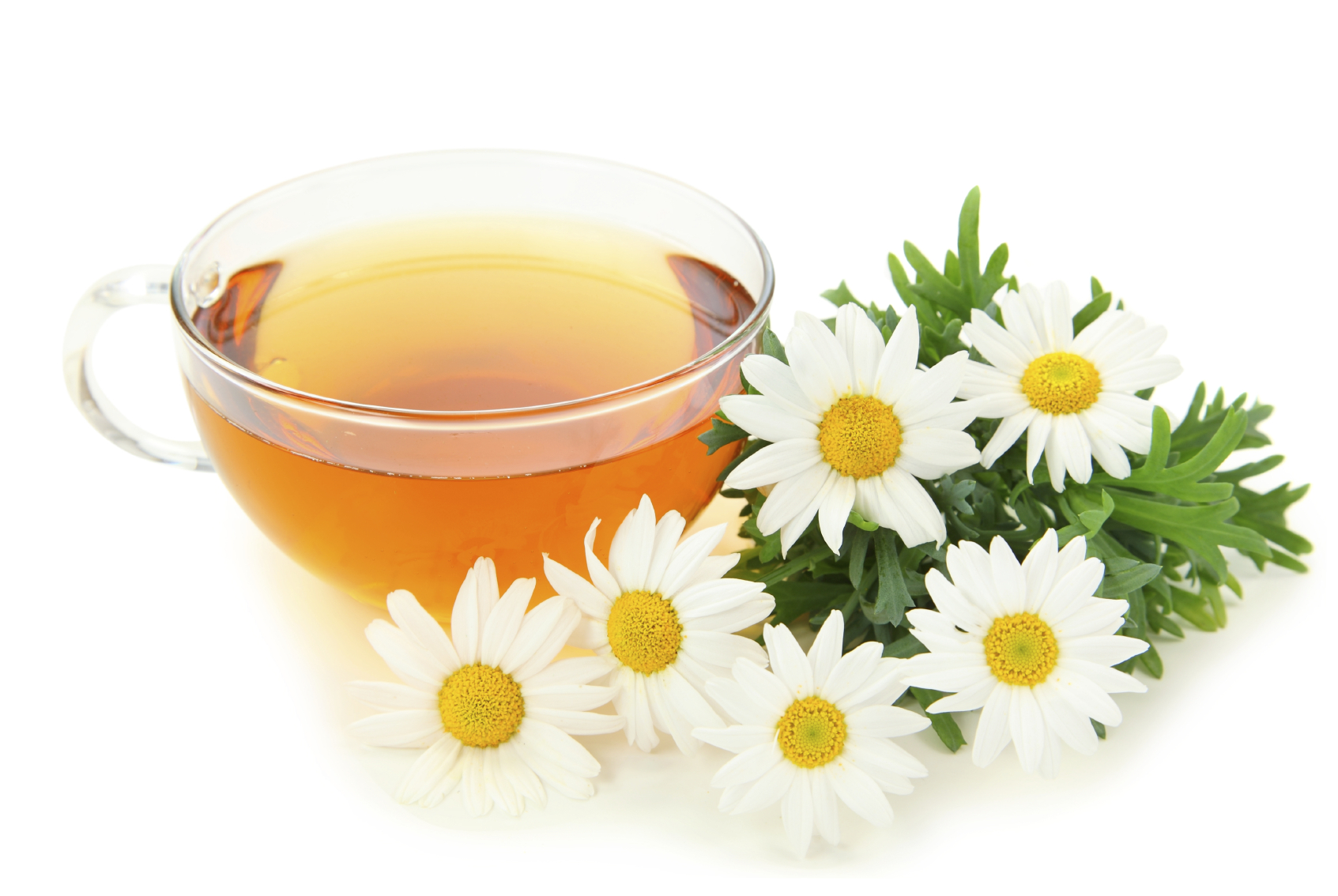 Researchers at the University of Athens have found a promising new way to protect your thyroid from cancer and other diseases… Just by adding a few cups of chamomile tea to your normal routine.

They found people who drank chamomile tea for 30 years were 80% less likely to develop thyroid cancer and benign thyroid diseases.1 Health Watch readers may recall chamomile contains a compound called bisabolol oxide A (BSBO). It can shrink cancer cells within one day.2

Even better? The risk continued to decrease with each cup. People who drank six cups a week saw an additional 4% decrease in risk. This was compared to those who drank only two. Either way, they had better results than people in the control group. They didn’t drink any chamomile tea.

You need a healthy thyroid to regulate T3 and T4. These hormones help regulate your metabolism.

Look for the tea as a whole, dried flower online or at your local tea shop. They have white petals and yellow centers. Just like daisies. This is the most natural form you can buy.

If you don’t enjoy the light floral flavor of chamomile tea, take a supplement instead. Since they’re more concentrated, they may be an even more potent option for cancer prevention. Pick an organic supplement that has no added ingredients. You only want the flower or an extract from the flower.

When a leading doctor at the Sloan‐Kettering Cancer Center found out that he had advanced‐stage cancer, he told his colleagues, “Do anything you want—but no chemotherapy!”

Not surprising. Doctors know better than anyone how devastating chemo can be. So why aren’t more using THIS Nobel Prize winner-studied, natural treatment instead?

A study on people who received it for cancer and other ailments noted that “the results have been spectacular; the only side effect is ‘chronic good health.’”

Go HERE to find out all the details, including how the mainstream almost killed one of the greatest cancer discoveries in history.