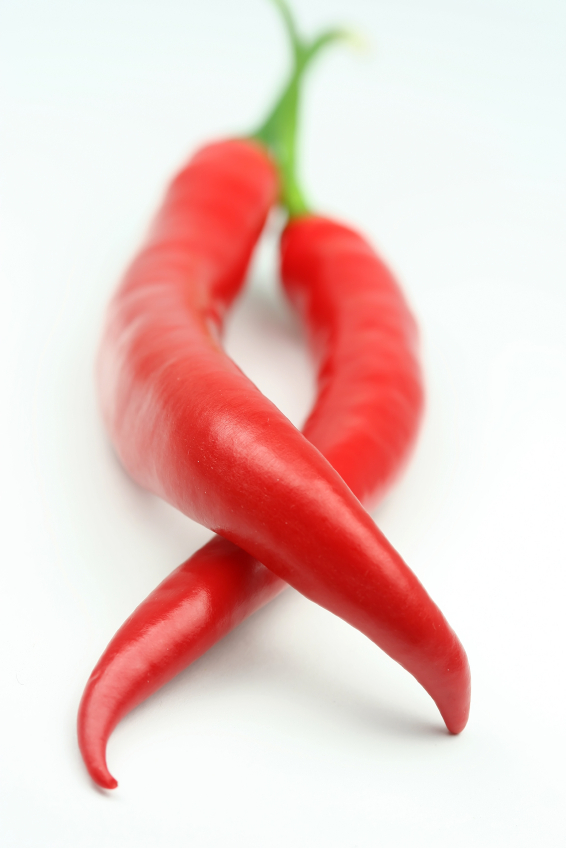 Do we have another epidemic on our hands?

By 2040, the number of people who develop Parkinson’s will double.1 And the reason for this surge may be simple. You see, the disease is becoming more prevalent…especially in older people who aren’t getting the right kinds of nutrients.

That means you can help stop it from catching up with you by getting the nutrients that protect your brain. Here are the top five things that help you avoid Parkinson’s disease.

1. Peppers: Peppers are part of the Solanaceae family of plants. They contain small amounts of nicotine. But that’s not a bad thing.

Researchers actually think it’s the nicotine that protects you against Parkinson’s. In a population study, they found that smokers have a lower rate of the disease. Of course they have higher rates of cancer and other deadly diseases, so it’s hardly worth it to light up. And there’s no need. The edible version of nicotine in peppers can decrease your Parkinson’s risk by at least 30 percent.2 You get the benefits if you eat them at least twice a week.3

2. White tea: Polyphenols in green tea protect your brain cells from Parkinson’s.4 But you can do even better. White tea has more polyphenols than green. These are essential to protecting your brain from oxidative stress and damage.

Not only that, but Parkinson’s causes your neurons to die off over time.5  They control the release of dopamine, which helps keep your muscles stable. But polyphenols may directly protect these neurons.

3. Vitamin B6:  Japanese researchers found that lower levels of vitamin B6 in your diet increase your risk for Parkinson’s disease by about 50 percent.6 Especially in people over 55 years old. An earlier study shows higher levels of the vitamin reduce their risk by 54 percent.7

You can get plenty of B6 from bell peppers, wild-caught salmon, eggs, and grass-fed beef. A natural supplement is another way to get more of this vitamin each day.

4. Healthy fats:  Your brain is made mostly of fat. It makes sense that it needs you to eat a diet rich in healthy fats. They actively protect your brain from Parkinson’s.

Proteins in your brain cells must “fold” to fit and do their job. When they don’t fold the right way, it may damage the cell. This can lead to Parkinson’s and other brain diseases.8 But the DHA in fish oil prevents the improper folding of these proteins. It also makes brain cells live longer.9 Researchers in the Netherlands found that a higher intake of unsaturated fats in your diet lowers your risk for Parkinson’s by over 30 percent.10 If you want to add quality fats to your diet, avocados are a great start. If you want to take a fish oil supplement, we suggest krill oil. Unlike regular fish oil, it can cross the blood-brain barrier.

5. Vitamin D3:  If you’re a regular Health Watch reader, you know how important the sunshine vitamin is to your health. Even a moderate deficiency can put your brain in danger as you age. About 70 percent of early, untreated Parkinson’s patients have low levels of vitamin D.11

People over 50 years old with higher levels of vitamin D are 33 percent less likely to develop Parkinson’s.12 But even if you already have the disease, it can help slow the progression and prevent symptoms.13 Supplementing with natural D3 is usually a good idea to make sure your levels remain constant. You’ll also find it in wild-caught salmon, eggs, and mushrooms.

Parkinson’s may be on the rise. But developing it isn’t inevitable. You can take control of your risk today with these five solutions. Even if you already have the disease, they may help slow its progression.