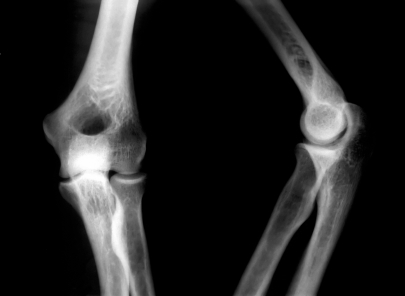 He’s arguably the most talented martial artist on the planet. And he was tough as they come… Until his last fight.

He was brought down by a simple kick. It shattered his shin bone. If you saw or heard about UFC fighter Anderson Silva’s horrific injury (or worse yet, saw it!), you’re going to want to read this. And if you didn’t, you still need to know why. What happened to this championship fighter can happen to you.

The “shin break heard ‘round the world” was one of the most shocking moments in UFC history. What’s worse is that it probably could have been avoided.

Nutrition experts are saying that Silva was deficient in vitamin D. That’s probably true since most people are. But there is another nutrient that just as important in keeping your bones strong as you get older. And like vitamin D, it’s common to not have enough of it.

Accidents happen whether you’re a tough-as-nails championship fighter or just carrying groceries to the car. A slip, trip, or bump can instantly turn into something much more serious if your bones are not dense or strong enough.

Even if you get plenty of vitamin D and calcium, they aren’t enough to protect you if you don’t have enough of one vitamin in particular.

Vitamin B12 keeps your blood and nerve cells working at their best. It’s also vital to keeping your bones strong.

A 6-year Swedish study found that not having enough in your blood increases your risk of fractures. A lot. The men with the lowest levels of B12 were over 70 percent more likely to suffer a bone fracture. And for a fracture in the lower back…that risk shot up to 120 percent.1

It didn’t matter if the men were older, smoked, or even had old fractures. If they were deficient, their risk was higher. And here’s where it got really interesting…

Even if they were getting enough vitamin D and calcium, their risk for breaking a bone was still higher.2

Another study found that women over 65 years old lose nearly two percent of their hip density each year if they aren’t getting enough B12.3

So what’s the best way to get more of this vitamin? Get as much of your nutrition as you possibly can from whole foods. Clams pack more B12 than any other food. Grass-fed beef liver is another option.

Of course there’s one problem with that. Clams and liver aren’t for everybody. That’s why you may want to find a supplement for this one. Just make sure to get a methylated form of B12. These are available as liquid sprays and lozenges. To be effective, they should be absorbed under your tongue (sublingually).

Avoid low quality multivitamins that use cyanocobalamin as their source of B12. This form is cheap, ineffective, and slightly toxic.4

Even if you aren’t training for a championship fight, adding B12 to your diet is a great way to maintain strong bones. Getting enough of this vitamin may be the difference between laughing off a misstep and a trip to the hospital.