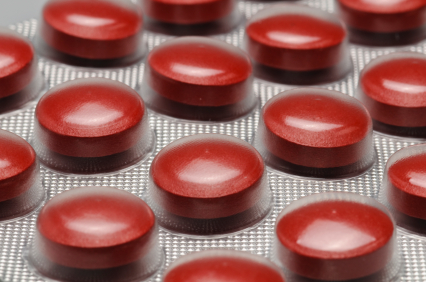 You already know that over-the-counter painkillers are bad news. Well, what if we told you it turns out they’re even worse than you thought?

We’re talking about a brand new danger you’ve never heard before. Not the ones you already know, like stomach bleeding or liver and kidney damage.

And we’re not even talking about the fact that these pills don’t even fix what’s causing the pain in the first place.

In addition to their well-known health risks, these drugs are hiding yet another dark secret from you.

In fact, the people using them in the study were actually about 30 percent more likely to die than those not taking them.

Bottom line: What you don’t know about these “medications” may cost you your life.

New research from the British Medical Journal shows that many popular over the counter medications are extremely high in sodium. And the consequences of that are downright deadly…

A study spanning over 20 years looked at 120,000 adults split into two groups. The first group experienced some kind of cardiovascular event over the course of the study. The second group did not.

The research shows that the people who take these high-sodium medications are 22 percent more likely to suffer a stroke.

Subjects that experienced a stroke, heart attack, or vascular death were 16 percent more likely to be taking these drugs on a regular basis.

Sodium on its own isn’t a bad thing. But when you get high amounts of sodium from unnatural sources—like these drugs—you are putting yourself at risk for hypertension. In fact, people taking high sodium OTC drugs in the study were 12 percent more likely to develop high blood pressure alone. It’s no secret that this leads to bigger problems like heart disease and stroke.

And it’s no surprise why. These medications don’t just give you a little extra sodium. Taking the maximum dosage of a popular brand of acetaminophen can give you more than six grams of sodium.

Let us put that in perspective…

That’s four times the amount people watching their blood pressure should get in a day,

according to the FDA.

We don’t recommend using these medications in the first place. But taking these drugs as part of a daily regiment is one of the most dangerous things you can do for your health. To make matters worse, your doctor may be the one telling you that you need these!

Our advice? Stay away from these scary pills altogether. There are better, safer solutions out there.