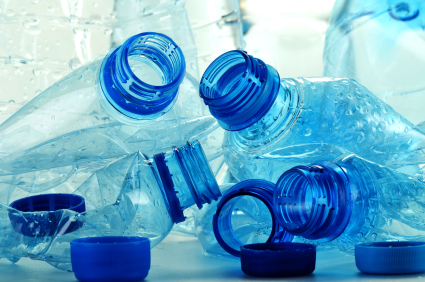 If you’re prone to migraine headaches, you know how suddenly they can appear. And you also know that a lot of the time, there’s just no way to make them better. They just have to run their course.

But researchers at Kent State University may have found an important piece in the migraine puzzle.

According to Dr. Nancy Berman, one of the foremost experts on migraines in the United States, there is a strong connection between estrogen and migraines. And new findings indicate that a certain compound may play more of a role in migraines than they thought.

In fact, their research shows that the real cause of your migraine—and the reason you can’t get rid of it—may be sitting in your kitchen right now.

Worst of all, it’s hiding in places you never could have imagined…including some places you thought were “safe” and “healthy.”

That doesn’t mean you can’t still avoid it though…

The study found that when rats were exposed to Bisphenol A, their migraine symptoms became significantly worse. This includes an increased sensitivity to light, sound, and movement.1

BPA is an environmental estrogen. That means that it mimics the effects of estrogen in your body. You can find it in many plastics and canned goods. But that’s not the only place it’s hiding.

BPA also lurks in surprising places like receipts, children’s toys, and pizza boxes. It even makes its way into toilet paper.2

As you probably already know, the dangers don’t end with migraines. This chemical can wreck your endocrine system and throw your hormones out of balance. Plus it’s also a known carcinogen. (Even if most studies choose to beat around the bush when it comes to phrasing it that way.3)

Thankfully, there are ways to avoid BPA.

The worst—and most shocking—offender may be bottled water. Chances are that you’re getting a dangerous dose with every sip. Unless your water bottle explicitly says that it is free of BPA, you have to assume that it’s in there somewhere.

Your safest bet is to avoid plastic bottles with the number “7” on the bottom. These are usually made of polycarbonates that contain BPA. Instead, try to find bottles marked with either a “2” or a “5.” These are generally known to be safe.

Another way to lower your exposure is to avoid microwaving food in plastic containers. Microwaving can cause the BPA in these containers to “leech” onto your food as a nasty additive.4 You can find BPA-free brands of bottled water and food containers online if you want to start eliminating it from your diet today.

The researchers at Kent State suggest that based on previous research, eliminating the plastic and canned foods from your diet may reduce urinary BPA levels by up to 66 percent in just three days.5

The bottom line is that this chemical is dangerous. You don’t want to ingest it for any reason. Especially if you are prone to migraines!

And speaking of bottled water…what’s inside those bottles is cause for even more alarm. Recent lab tests show that ten popular bottled waters contained an average of eight different chemicals—including industrial chemicals, arsenic, and bacteria. Discover how to ensure your drinking water is pure—and how to protect yourself from six other natural health myths—here.