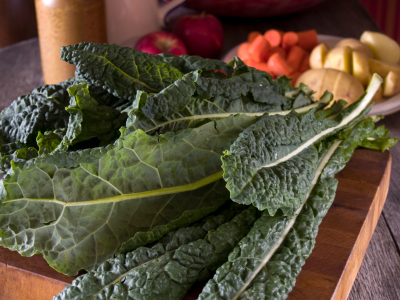 Here’s a secret about antioxidants…

They don’t work without one special “master” antioxidant in your body. It’s a simple amino acid. But it’s the most important molecule you need in your body to be healthy.

Yet this amino acid doesn’t get much attention. We’d be shocked if you ever heard of it.

But as science starts to recognize how powerful it is, we know you’ll start hearing more about it—especially from us. It’s that important.

It cleans your body of free radicals and poisons including mercury and other heavy metals. That’s impressive. Very few substances can clear heavy metals out of your body.

If that’s not enough, get this… There’s a link between this antioxidant and a long life. Active, mentally healthy people who live 100 years or more tend to have high levels of this antioxidant in their cells. Some studies even show their levels to be the same as 30-year old healthy adults.1

Clearly, this master antioxidant is your hidden weapon against aging, illness, and cellular damage.

It’s called glutathione (pronounced “gloot-a-thigh-own”). When your body makes enough of it, toxins don’t stay around for very long. Glutathione attracts heavy metals and poisons like a magnet. It converts them into harmless compounds and ushers them out of your body.

But if you’re older, stressed, or ill, your levels are probably low. And that stops other antioxidants from doing their job. “Most serious chronic diseases are associated with low levels of glutathione,” says Dr. David Katz at Yale University’s Prevention Research Center.2

Making sure your body has enough may not be as simple as picking up a supplement. Some researchers believe supplementing is useless. It doesn’t make it past your stomach and to the liver where you need it.

The good news is that your body makes glutathione on its own. You can boost your own production with a few fixes.

Your body creates glutathione inside your cells. It uses three other amino acids as building blocks. Those amino acids are cysteine, glycine, and glutamine. Out of the three, cysteine is usually in the shortest supply in your body.

Cysteine by itself works as a supplement. Cysteine helps you quickly restore your levels of glutathione.

Look for the form N-Acetyl-Cysteine (NAC). Make sure you take it with plenty of vitamin C to prevent kidney stones.

There are also other nutrients that are vital to boosting your levels. Especially selenium, vitamin D3, and B-vitamins. Look for folate (as 5-methyltetrahydrofolate), B6, and B12.

These are very important in helping you create your master antioxidant. The foods you eat are important too.

Raw, fresh vegetables and fruits have much higher amounts than cooked ones.

Increasing your glutathione levels is critical. If you don’t have enough, your liver will lose against free radicals and heavy metals. You may not have heard a lot about it but it’s the one antioxidant that’s more important than the rest.