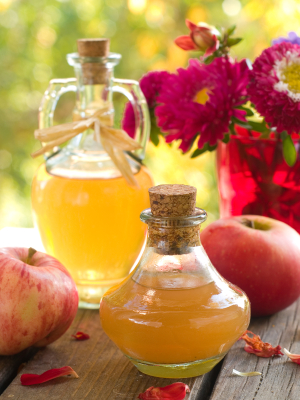 If we had a dollar for every time a “folk remedy” has been proved—scientifically—to work? Well, let’s just say a lot more people would have probably heard of the Institute for Natural Healing by now.

Take apple cider vinegar—or ACV—for example.  People have been using it for medicinal purposes for literally thousands of years. Your grandmother probably swore by it. Yet you may not even realize just how potent a weapon it could be in keeping you young and healthy.

In the diabetic rats, researchers found lower fat levels in the blood. That leads to a decreased risk of heart disease. ACV also increased HDL cholesterol levels in the diabetic rats. Turkish researchers also studied the effects of this folk remedy.2 This time, they gave the rats oral supplements. Once again triglyceride levels decreased. And the rats on a high-cholesterol diet also had a decrease in LDL levels. Apple cider vinegar is simple, cost-effective, and safe. You can’t say the same about Lipitor.

2. It Could Help Keep Blood Pressure Down: Acetic acid is a main component of vinegar. And a recent study found that acetic acid helped lower the blood pressure of lab rats significantly.3 There’s also an antioxidant in apple cider vinegar called quercetin. In one study, this compound successfully lowered blood pressure.4 We hope to see more research on blood pressure and ACV. But evidence shows that it’s made up of nutrients that can help keep your BP levels healthy. Plus it has so many other benefits to boot…

3. It’s a Natural Diabetes Fighter:  A 2007 study found that taking two tablespoons before going to sleep helped lower glucose levels the next morning by as much as 6% in type 2 diabetics.5 Another study showed that drinking this vinegar before you eat actually slows down a blood sugar spike after a high carb meal.6 The study’s author said, “Vinegar appears to have effects similar to some of the most popular medications for diabetes…The acetic acid in vinegar may inhibit enzymes that digest starch so that carbohydrate molecules aren’t available for absorption…”7 And it’s because of this carb-blocking power that there’s yet another benefit to this remedy you might like even better…

4. It Helps You Lose Weight: According to legend, ancient Egyptians used apple cider vinegar as a weight loss solution.8 They were really onto something. You see, there was an unexpected side effect in the study we just mentioned. In addition to lowering their glucose, the participants lost between two and four pounds in a four week period.9 Obviously, that’s not a huge amount. So ACV is by no means a magic bullet when it comes to weight loss. But it can help and should be part of your overall weight loss plan. Need more proof? Yet another study found that eating vinegar along with your food could help you feel fuller.10 Plus Japanese scientists found that acetic acid lowered BMI, body fat mass, and triglyceride levels in obese patients.11

5. It Makes You Look Better Too!: Beside the fact that it can help you lose weight, apple cider vinegar has many uses that can help you look your best. If you want shiny, healthy hair do an ACV rinse. Mix equal parts vinegar and water. Fighting eczema or acne? Dilute it with water and use it as a toner. It even helps to remove stains on your teeth. Just rub some on your teeth then rinse. Or you can gargle with it. Be sure to brush afterward though.

And these are just a handful of the health benefits of apple cider vinegar. It could help soothe your sore throat, combat allergies, ease arthritis, help with digestive issues…and so much more.12 But if you want real results from this folk remedy, there’s one important thing to keep in mind…

You MUST buy the raw, organic, unfiltered kind. Be sure to include the “mother” (that’s the cobwebby looking stuff at the bottom of the bottle) in any mixture you use. And, since it is highly acidic, make sure you always dilute ACV—especially if you are ingesting it. It could be harsh on your esophagus.

Be sure to let us know how well it works for you. Or feel free to leave comments below on any other uses you’ve discovered for this natural solution.