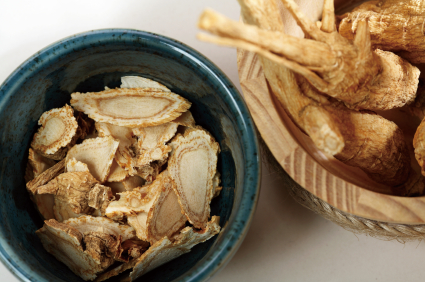 Even if you’ve won the fight against cancer, the fatigue can stick around for years after treatment has ended.

If you’re in the middle of treatment, you’re no stranger to those feelings of exhaustion.

You wake up feeling like you’ve been up all night. And you go through each day fighting to complete even simple tasks.

Mayo Clinic researchers wanted to find something to help the millions who struggle with cancer fatigue.

Sure enough, they discovered an herb that made patients and survivors feel noticeably better. And it only took two months. As for negative side effects? Those were pretty much the same as the placebo. And if that’s not enough, this herb is easy to find.

So what is this common herb that will get you up and about again?

If you’ve been keeping up with your Health Watch alerts, this should come as no surprise.  We recently revealed how this “King of Herbs” helps with Chronic Fatigue Syndrome.  And now we’ve found evidence how it can help cancer patients too.

Participants took either 2,000 mg of ginseng or a placebo each day for eight weeks. They rated their fatigue levels before beginning the trial. The higher the number, the greater their energy. The average beginning score was 40 out of 100. In other words, these folks were at less than half their top energy levels.

They rated their fatigue levels again after two months. The participants who took ginseng had an average 20-point increase.1 According to the researchers, this is more than enough of a jump to make a noticeable difference in your daily life. And it makes perfect sense…

Ginseng is a natural anti-inflammatory.2 Recent research suggests that inflammation causes cancer fatigue.3 Ginseng gets right to this underlying cause rather than simply masking symptoms.

A quick word of caution though…

You should talk to your doctor before starting ginseng. Review possible interactions with your treatment and any other supplements you are taking.

Ginseng comes in various forms. And although the type of ginseng used in this study was Wisconsin ginseng (or American ginseng), we prefer the Korean version. You can find it online or at a health foods store listed as panax ginseng.

Whether you’ve had cancer, know someone who has it, or just want to do everything you can to never get it, you should see this: According to one report, when a leading doctor at the Sloan‐Kettering Cancer Center found out that he had advanced‐stage cancer, he told his colleagues, “Do anything you want—but no chemotherapy!”

Not surprising. Doctor’s know better than anyone how devastating chemo can be. So why aren’t more doctors using THIS alternative, Nobel Prize winner-studied, natural treatment instead? A study on people who received it for cancer and other ailments noted that “the results have been spectacular; the only side effect is ‘chronic good health.’”