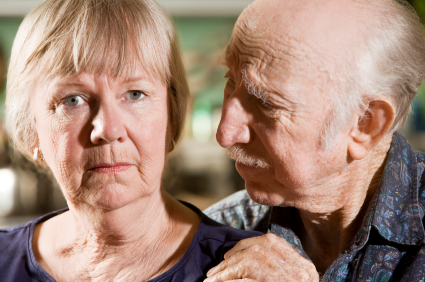 No one wants to hear they’re going to “lose their mind.”  Yet, that’s exactly what someone finds out every 68 seconds in the U.S.

“It’s a real problem. If you’re older and you get a label of Alzheimer’s – even a hint that you have Alzheimer’s – there’s no more critical thinking about it. You’re written off by a lot of people,” said Peter Lichtenberg of Wayne State University’s Institute of Gerontology.1 And more than 5 million people are living with that diagnosis.2

For many, it may feel like it’s the end of the road. But that’s not the case. And you may even be worrying for nothing.

Hawaiian researchers found something startling in their study of the autopsied brains of men diagnosed with dementia.3

Their shocking discovery is unfortunately all too common…

Half of the men diagnosed with Alzheimer’s didn’t actually have it.

Their brains didn’t show enough signs to confirm the diagnosis. And most didn’t have the telltale signs –buildup of plaque (protein fragments) and tangles (damaged nerve cells).4 Research continues to mount showing that many people diagnosed with Alzheimer’s don’t have it. In the journal Clinical Gerontology Lichtenberg writes about two case studies he worked on. They’re perfect examples that show how easy it is to misdiagnose patients.

In the first study a man in his late 70s had bouts of confusion. He even became agitated. Doctors diagnosed him with Alzheimer’s. It wasn’t correct.

The real cause for his symptoms? An infection.5 Once his infection cleared, so did his confusion.

And then there’s the 87-year-old woman who seemed confused. Doctors had diagnosed her with Alzheimer’s. Lichtenberg performed several tests on her to test memory, attention, visual-spatial skills, and executive functioning. He concluded that she wasn’t suffering from Alzheimer’s. She was depressed from losing her brother.

So if many people don’t have Alzheimer’s, why are they diagnosed with it? Because the disease is complicated.

The most common reason for a misdiagnosis is that Alzheimer’s shares several symptoms with other illnesses. Many conditions and deficiencies can cause cognitive impairment.

Take stress and anxiety, for example. They can definitely take a toll on your body, mentally and emotionally. Symptoms from stress easily mimic dementia. It’s hard to focus, which just creates more confusion. And if that’s not bad enough, doctors often make it worse! How?  By prescribing benzodiazepines – drugs such as Xanax and Valium.

People should only use these drugs short term. Long term use in people 65 and older increases their risk of – you guessed it – dementia…by 50 percent.6 And that’s not the only red herring…

If a patient is deficient in B12 they may display signs of dementia.7 Confusion, forgetfulness, depression, and fatigue.

Even a simple urinary tract infection and a sudden change in blood pressure causes stress on an older brain.

Sleep apnea is linked to memory lapses. The lack of oxygen to the brain causes damage over time. But with the proper diagnosis it can be treated.

Most of these conditions can be cured – or at least effectively controlled.

Having your doctor take a second hard look at your symptoms could prevent a misdiagnosis.

“Pulling these things apart and the need for a real diagnosis – that’s important so people can live the best quality of life as possible for as long as possible,” said Jennifer Howard of the Alzheimer’s Association.