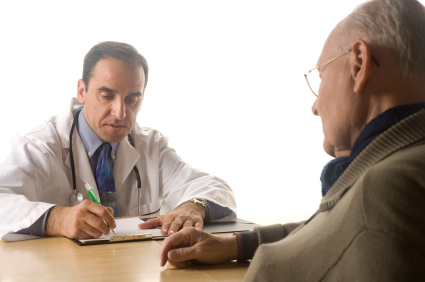 Before you fill that prescription…

How do you know the medicine you’re getting is right for you? You rely on your doctor for that. Turns out, he may be relying on someone else to make that decision for him. And it’s not somebody you want to trust.

The Journal of General Internal Medicine published a recent study. It found that drug representatives fail to tell doctors about harmful side effects for the drugs they’re promoting.1 Disappointing? Yes. But not at all surprising. And it wasn’t only here in the U.S. either.

Researchers asked physicians from Canada, America, and France to detail their discussions with drug reps.

In 59 percent of those meetings, the drug reps did not tell the doctors about side effects. Worse, the reps only mentioned serious risks in six percent of the meetings.

So what did the reps discuss with the doctors? The positives, of course.

The reps talked about the benefits of their drugs twice as much as potential side effects.

They kept quiet on the worst effects. Of the drugs with side effects not reported, 57 percent of them carried FDA “black box” warnings. These are the strongest alerts that the FDA requires. And they only use them for the most serious reactions—things like sudden heart attacks, suicidal tendencies, skin rashes that get so out of control they can kill you.3 Scary stuff. And nobody wants to talk about it!

How are they getting away with this?

“Laws…require sales representatives to provide information on harm as well as benefits,” says lead researcher Barbara Mintzes of the University of British Columbia. “But no one is monitoring these visits and there are next to no sanctions for misleading or inaccurate promotion.” Drug reps “educate” doctors during these visits about new drugs on the market. They cite results and findings of clinical trials. But if drug companies are not disclosing or reporting the findings accurately—including all the side effects—then doctors can’t make informed decisions.

And even though they may not have all the information they need, doctors admit to prescribing the drugs anyway. In 2009 researchers found 85 percent of doctors used drug reps and sales meetings as their first source for information on new drugs.4

That affects you as a patient in a serious way. Prescription drug deaths now outnumber traffic fatalities.5

The good news is that at least one big drug company has to be more careful. Glaxo Smithkline (GSK) pleaded guilty to promoting drugs for unapproved uses, bribing doctors to prescribe its drugs, and failing to notify the FDA of side effects on a diabetes drug.6

They paid $3 billion in fines and are under the supervision of the U.S. government for five years.

Patients need to stay informed too. Know what you are being prescribed. Ask the questions.  Do your research.