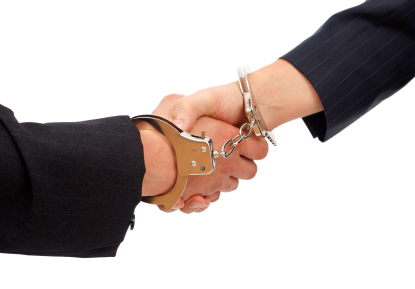 As long as dangerous drugs continue to rake in billions of dollars, the FDA will continue to approve them. And keep them on the market. Regardless of the dangers.

Lawsuits keep adding up against Pradaxa,1 a drug that’s only been on the market about two years. Pradaxa is a blood thinner used to prevent strokes.2 The FDA approved it as an alternative to warfarin, also known as Coumadin, because of the dangers linked to it.

Warfarin’s side effects make it one of the leading causes of emergency room deaths. In 2011 alone, it caused 1,106 serious adverse events and 72 deaths.3

But that’s nothing compared to its “safer alternative.”

This is a drug that in clinical trials worked “better than” warfarin. They even said it was safer.

The FDA’s safety report from last November states that Pradaxa’s bleeding rates “do not appear to be higher” than warfarin.5 But just a little over a month later, the FDA released another report.  And this time it stated that the risk of major bleeding from Pradaxa is six times higher than with warfarin.6 Now that’s a pretty fast about-face…

Remember, Pradaxa got approval as the safer alternative to warafin. So now that the FDA knew it was actually more dangerous, did they pull it off the market?

You bet they didn’t.

Despite the lawsuits, the number of adverse events, and all the deaths linked to Pradaxa, the FDA still allows doctors to hand out prescriptions. Millions of them.

Why? Because Pradaxa brings in over $1 billion a year. It costs 60 times more than warfarin. And the FDA knows better than to bite the hand that feeds them. Big Pharma’s big pockets help fund the organization that’s supposed to protect you from exactly this sort of abuse.

Before the FDA approves drugs they must go through numerous clinical trials. But drug companies rarely publish all the findings. More than half of them ever even see the light of day.7 And if they are finally published, it can be years after the drug has been approved.

The reason drug companies rarely make their findings public? It’s simple.  They’re not happy with the results. And that’s exactly what happened here.  Although the pharmaceutical company discovered the dangers of Pradaxa, they needed approval. So they just hid their dirty little secrets.

And it certainly isn’t an isolated example. The same thing happened with the FDA-approved diabetes drug Avandia. Studies found that the drug increased heart attacks and cardiovascular deaths. Big Pharma kept 35 of the drug’s 42 clinical trials a secret to gain approval.

The drug Multaq used to treat irregular heartbeats also falls into the category. Big Pharma concealed a study that found the drug caused more deaths than the placebo.8Yet the FDA approved it.

Concealing studies is common and widely known about… During court cases judges routinely require drug companies to turn in all studies and data.9 Published and unpublished.

“Concealment of data should be regarded as the serious ethical breach that it is, and clinical researchers who fail to disclose data should be subject to disciplinary action by professional organizations,” wrote Richard Lehman of the University of Oxford, and Elizabeth Loder, a BMJ editor.

Most of these studies are funded by the federal government. That means we are footing the bill for studies that Big Pharma withholds so they can sell us expensive, dangerous drugs.

Problem is, the people who are supposed to deliver that “disciplinary action” are accessories to the crime.

By withholding vital clinical studies showing dangerous and deadly side effects, the FDA and Big Pharma put lives at risk. They also drive up healthcare costs. Just look back at the cost difference between Pradaxa and warfarin.

How many lives need to be lost until the FDA changes its practices? Take a stand to reform the FDA. Click HERE to sign a petition and voice your outrage.