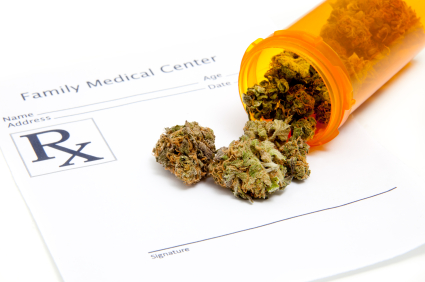 The studies continue to add up proving this plant’s healing power. Now here’s one more…

A recent study at the University of California tested its effects on 39 people with neuropathy.1

Neuropathy is a disease of the nerves. Almost anything can trigger it. From diseases such as diabetes, or injuries that left nerve damage. Neuropathy can cause numbness or tingling in the hands and feet. Rare forms can even lead to paralysis. It’s serious stuff.

For this study, patients inhaled either a vaporized extract of the plant or a placebo. When patients inhaled the extract, pain was reduced by 30 percent. And unlike prescription drugs, it wasn’t only effective, it was also safe.

Another recent study tested this plant on multiple sclerosis (MS).2

Half of the patients took an extract in pill form. The other half took a placebo. The people that got the extract had twice the relief in pain. That’s huge.

But that wasn’t all…

It didn’t just kill the pain. It also reduced muscle spasms and improved sleep. These symptoms make it hard for MS patients to function.

So what helped these patients stop their pain?

We are not endorsing the use of an illegal drug. We are just stating facts.

The US government claims marijuana is a drug with no legitimate medical use. Yet the FDA approved the drug Marinol…a synthetic form of marijuana.3 Plus more than 80 peer-reviewed studies have identified marijuana as a powerful pain reliever.4 And when used right, it’s safe and effective.

But despite the proven benefits, it is still illegal.

Maybe that’s because so many people think that marijuana is just for “getting high.” But not so fast.  In the neuropathy study, scientists measured their patients’ “high.” Turns out, it was minimal and well-tolerated.

In 2006, scientists from the University Connecticut found that marijuana may even show promise for Alzheimer’s disease.5 The researchers said that it “could be considerably better at suppressing the abnormal clumping of malformed proteins that is a hallmark of Alzheimer’s disease than any currently approved prescription.”6

It may also stop cancer in its tracks.7  A study in the journal Breast Cancer Research and Treatment found that a compound found in marijuana stopped the spread of breast cancer cells. In fact, it did not just stop cancer cells. It returned them to normal. Prescription drugs can’t even come close to that.

It also may help alleviate other health issues like migraines, nausea, and insomnia, to name a few.

To date, 18 of the 50 states have legalized marijuana for medical use.8 Eleven states have pending legislation.9 And many doctors support the use of medical marijuana.10

“It is time to embrace a more commonsense policy, and stop criminalizing adults for using a substance less harmful than alcohol,” says Dr. Larry Bedard, former president of the American College of Emergency Physicians.11

We want to hear your thoughts. Should the government legalize marijuana for medical use? Or should they continue to ban it? (Comments Below)