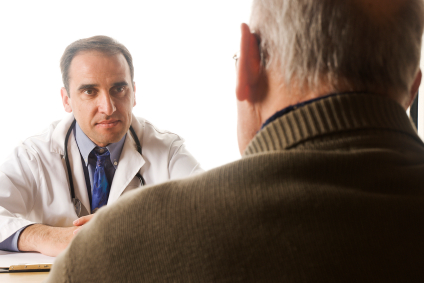 Prostate enlargement, also known as benign prostatic hyperplasia (BPH) can be a huge inconvenience for men.

BPH isn’t life threatening. But it is annoying and can be painful. Now, research has found relief for the 17 million men suffering.1 A safe and natural cure found in an African herb.

A European study tested this herb on 85 men with mild to moderate BPH.2 The men took 50 mg twice a day, for two months. Researchers followed the men for a third month without supplementation.

The results were impressive. Men showed a 40 percent decrease in the severity of BPH symptoms. The men also had a 32 percent decrease in frequency to urinate at night. And best of all…the subjects had a 31 percent improvement in quality of life. Even after supplementation stopped, the men continued to have positive results.

What helped these men improve their BPH symptoms?

The African plum tree is part of the evergreen family.4

BPH is a common condition in older men. It’s hard to get your urine out—or make it stop.  And once you’re actually going, your urine stream isn’t much more than a dribble. Or maybe you’ve got a different problem. You seem to have to go all the time. You’re up two, three, four times a night making trips to the bathroom. If that sounds familiar, you’re not alone. Half of all men over 75 have these same symptoms. 5 The first thing to do is to get to the doctor. You need to rule out prostate cancer.

And if prostate cancer is not the cause and BPH is? Pygeum is a safe and effective remedy.

You can find pygeum in supplement form at your local health food store. But if you aren’t fond of taking pills or don’t want to add another to your daily regimen, it can also be taken in a tea form.

You don’t have to suffer anymore. Or have any embarrassing accidents. Pygeum doesn’t take long to start working so you can have relief in no time.

Editor’s Note: If you’re looking for more all-natural ways to keep your prostate healthy, you’ll want to see the new video our research team has just produced. In it, you’ll learn how to get complete details on a cheap, quick, and painless treatment that could practically eliminate the threat of prostate disease without drugs, surgery, or radiation. Watch the short video here now.