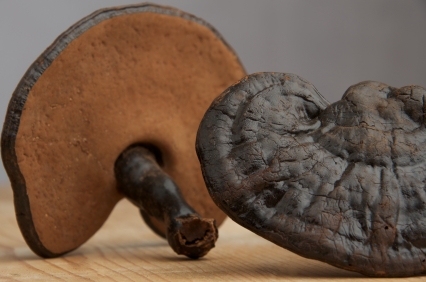 Eastern medicine has deemed this plant the “medicine of kings.”1And it’s proving to be just that.

Traditional Chinese Medicine has rated it as the top medicinal herb for over 2,000 years. It’s that powerful.2

The journal Integrative Cancer Treatments published a study on the dried powder of this plant. The powder played a role in stopping breast and prostate cancer cells from moving and binding to healthy cells and pathways in the body. This would hinder tumors from invading the body. Researchers also found that the supplement encouraged the production of cytokines – chemicals that help fight inflammation.3

And the evidence just keeps mounting…

Researchers at Bellarmine University in Louisville, Kentucky investigated the use of this medicinal herb on lung cancer.4 The scientists tested it on cell lines at different concentrations. At high levels the herb actually killed cancer cells!

What plant is so powerful that it can cause cancer cells to kill themselves?

A mushroom… But not just any mushroom, the reishi mushroom. This type is originally from Asia but is now grown across the world in warm climates.

The researchers found that the component at work in reishi mushrooms is triterpenoid. The bioactive component reduced the growth of cancer cells by 80 percent after 120 hours post-treatment.5

Tumor cells survive by using multiple pathways. But triterpenoids are so powerful, they cut those pathways off. The result is cell suicide…

But the best part is the compound is able to kill cancer cells while leaving healthy cells unharmed.   Something chemotherapy and conventional treatments haven’t yet figured out how to do.

Along with triterpenoids, reishi mushrooms contain complex carbohydrates called polysaccharides. The polysaccharides in the mushrooms play a vital role. They have immune strengthening effects.6 And having a healthy immune system is key when fighting cancer. Or any disease, for that matter.

You can find reishi mushroom extract in capsules, liquid, or powder form at a local health food store. You can also find dried versions for tea and cooking.

P.S. According to one report, when a leading doctor at the Sloan‐Kettering Cancer Center found out that he had advanced‐stage cancer, he told his colleagues, “Do anything you want—but no chemotherapy!” Not surprising. Doctor’s know better than anyone how devastating chemo can be. So why aren’t more doctors using THIS alternative, Nobel Prize winner-studied, natural treatment instead? A study on people who received it for cancer and other ailments noted that “the results have been spectacular; the only side effect is ‘chronic good health.’”