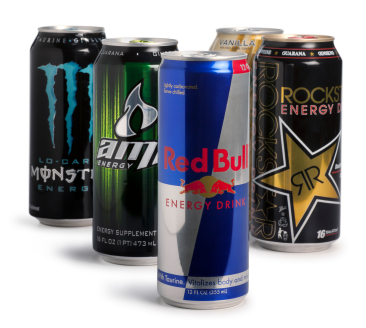 Energy drinks are the new craze. Monster, Red Bull, Rockstar… these pick-me-ups are on a whole other level than the old standby, coffee.

Kids, teens, and young adults make up half the energy drink market.1 They’ve got dozens to choose from, all offering that boost and enhanced performance.

But according to some serious claims against 5-Hour Energy, they’re offering much more than a boost. That “extra” energy may have cost over 13 people their lives and several others life-threatening reactions.2 Reactions that include heart attacks, convulsions, and even a miscarriage.

This isn’t the first time we’ve heard this kind of thing.

Last month the FDA investigated Monster Energy Drinks after the reported death of a 14-year-old girl.3 She drank two 24-ounce Monster Energy Drinks in a 24 hour span. As her autopsy confirmed… She died of cardiac arrhythmia due to caffeine toxicity. The medical examiner also discovered that she had an inherited disorder that weakened blood vessels.

So, was it the drink or her disease that caused her death? That’s where things get fuzzy.

There’s some confusion when it comes to the amount of caffeine in these drinks. Take a look on the bottle of 5-Hour Energy shots. You won’t even find caffeine content listed.4 You can’t even find that information on the company’s website. It merely states one shot has “caffeine comparable to a cup of the leading premium coffee.” Researchers from John Hopkins University found energy drinks to contain three times the amount of caffeine than soda and an energy shot to contain five times the amount.5

Coffee and soda consumption is declining while energy drinks are on the rise. Last year sales for energy drinks went up by 17 percent, topping $9 billion.6

But of course, if you believe the manufacturers, there’s nothing to worry about. They market these drinks as “energy supplements.”

Even worse, they claim that some are even healthy – less calories, no sugar, natural supplements. Yes, they do contain herbal supplements and vitamins but the amounts are not FDA regulated. The FDA allows only 0.02% of caffeine in soda.7 But energy drinks don’t have any restrictions like that. Why?  Because they’re called “supplements.” So there’s no regulation at all.

Common sense (and research) will tell you that healthy people can tolerate caffeine in moderation. But heavy caffeine consumption has been linked to serious side effects. Caffeine is a stimulant that affects the central nervous system.8 According to a study out of France, “caffeine increases energy metabolism throughout the brain but decreases at the same time cerebral blood flow.”

In 2009 alone, 13,000 emergency room visits were associated with energy drinks.9 There is much scrutiny whether or not the drinks are to blame for the deaths and side effects. After all, the 14-year-old that died didn’t know she had a disease that weakened blood vessels. How many others are walking around with undiagnosed conditions?

But is it even worth the risk? Especially when there are all-natural and safe – and we do mean safe – alternatives?

Step outside. Sunlight may be the quickest and cheapest energy boost.10 15-20 minutes in the sun can make a huge difference in your energy level. “Sunlight energizes and elevates mood,” says Dr. Lorraine Maita, a board certified internist from New Jersey.

Swap out a Monster for a glass of water. Water is a simple way to fight lack of energy.11 Fatigue is the first sign of dehydration. You can’t go wrong with nature’s “energy” drink.

When you feel yourself dragging, grab a piece of citrus fruit. The smell alone will get your body revved up. Citrus activates nerves in the mouth, throat, and nasal cavity that trigger a heightened level of brain activity.12

Also, don’t be afraid of a little coffee. This drink has gotten a bum rap. But we’re now starting to understand that a cup of Joe could benefit your health.  Just don’t load it up with sugar.

Bottom line… our bodies shouldn’t need “energy shots.” A balanced diet and lifestyle should leave us fresh and energetic. If you’re tired all the time, something else is going on.  And an energy drink is not going to fix it. As studies have shown, you may end up worse off than you started. Much worse. Dead, even.

Of course, we call get tired once in a while. During those moments pass on the energy drinks and try one of our recommended quick energy fixes. Your heart, health, and overall life will truly benefit and you won’t have to worry about taking a trip to the ER.