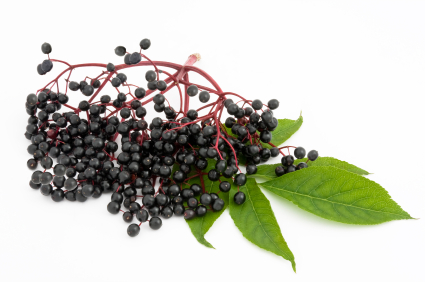 By now, you know that the flu vaccine is dangerous and doesn’t work. And you know it’s a bad idea to get one. But no matter what you do, there’s never a guarantee you won’t get the flu.

So what do you do if you contract the virus? Number one – don’t take Tamiflu!

The drug may sound familiar. The government has been stockpiling it since the swine fu outbreak in 2009.1 It’s quickly become the go-to for doctors during flu season. But we’re not sure why…

Even the FDA released a statement on their website in 2006 regarding Tamiflu:2

“Patients with influenza should be closely monitored for signs of abnormal behavior throughout the treatment period.”

Researchers in Japan deemed Tamiflu so dangerous that they banned the drug for teenagers in 2007.3 The Japanese government claims the anti-flu drug caused odd behavior, hallucinations, and delirium among patients.

A report by Japanese health officials found that over half of children and teenagers who took the drug were more likely to display unusual behavior. That included jumping off houses and running out in to traffic. That’s not all… some users even committed suicide while on the drug.

It’s no surprise, then, that the skepticism is spreading. A leading British medical journal, the BMJ, asked drug maker Roche to release unpublished data about Tamiflu.

BMJ claims there is no evidence that Tamiflu even stops the flu. And really, what good is stopping the flu if you end up suicidal?

Peter Gotzsche, leader of the Nordic Cochrane Centre in Copenhagen even said countries should take legal action to get back the money that was unreasonably spent on stockpiling the drug in case of an unforeseen flu outbreak.

The European Medicines Agency is currently investigating Roche for not reporting side effects and deaths that haven been linked to drugs, including Tamiflu.

But despite the warnings, the World Health Organization put Tamiflu on its list of “essential medicines.”

We would hardly consider it “essential.” Dangerous and ineffective is more like it.

So if you come down with the flu and don’t want to risk jumping off the roof or getting hit by a car we have good news for you.

There’s a natural herb that doesn’t come with the severe side effects. Best of all… in one study it had 100% cure rate in severe flu patients. You don’t get results like that from conventional medicine.

A study out of Norway looked at the effects of elderberry on 60 patients between 18 and 54.4 All patients suffered from influenza-like symptoms for 48 hours or less. They took 15 ml of elderberry or placebo syrup four times a day for five days. Patients who took elderberry recovered four days sooner. Symptoms improved in just two days.

What makes this extract so powerful? Elderberry5 is loaded with antioxidants that stimulate the immune system. And it contains anthocyanins. These give it its anti-inflammatory properties. Something that is a must to fight flu symptoms such as aches, pains, and fever.

And there weren’t any reported side effects in either study.

No side effects and it heals? Sounds like a win-win.

You can buy elderberry extract in capsule or syrup form. And you can find it in your local health food store. But don’t eat it raw or it could be toxic.

If you start to come down with the flu this season, consider going to the health food store before you call your doctor. In a matter of days your symptoms will begin to ease with the help of this power berry.