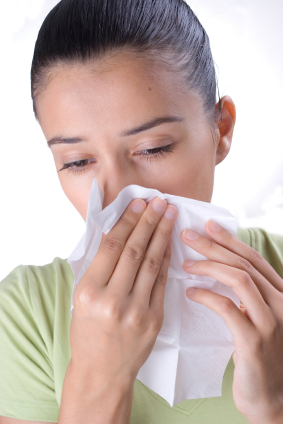 Last week we told you how to treat seasonal flu with elderberry, an inexpensive and safe alternative. Well, we have another one for you. This remedy for the seasonal flu is not a capsule or syrup. And it’s definitely not a prescription.

You don’t even have to go to a health food store to pick it up. You just need to stop in the produce section of your local grocery store.

It only weighs four ounces but packs a major punch when fighting the flu.

The British Journal of Nutrition recently published a study that showed how this small fruit reduced the severity and duration of upper respiratory infections.1

For the study, researchers followed 132 older adults. Half the group ate a diet rich in the fruit. The other half consumed bananas. After 28 days scientists saw a decrease in symptoms in both groups. However, in the non-banana group head congestion was relieved four days sooner and sore throats three days sooner. Blood tests also showed that subjects that ate this powerful fruit had an increase in electrolyte concentration in their red blood cells.

In another study, scientists followed 37 people.2

The same as before! Participants reported lesser cold symptoms while eating this small but mighty fruit. And as before, head congestion and sore throats didn’t last nearly as long.

So what is this amazing flu suppressor?

For the study scientists used the golden kiwi, native to New Zealand. The golden kiwi is less hairy and tart tasting than its green cousin. However, both are excellent sources of vitamin C and E. They are also loaded with potassium, fiber, and carotenoids.

And don’t forget the little black seeds inside. You don’t want to spit those out. Those too are valuable to your health. The seeds release an oil when crushed. It’s rich in an omega-3 fatty acid called alpha-linoleic acid.

But how does the kiwi help cure and ward off the flu?

When you get the flu your vitamin C levels drop drastically. In the studies, the scientists noted that subjects had a higher level of vitamin C in their blood when eating kiwi.

The common flu is also linked to other micronutrient deficiencies. That’s what makes the kiwi so powerful. It is packed with micronutrients to fight the viral infection.

Include the kiwi in your diet to ward off the flu and to keep your immune system strong. At the first sign of the flu – sneezing, runny nose, scratchy throat – up your kiwi intake. It’s a safe and natural alternative to the flu shot. And if you don’t want to take an herbal supplement such as elderberry… and are looking for an even easier solution… the kiwi is the way to go. Snack on a piece of kiwi and you’ll be feeling better in no time.