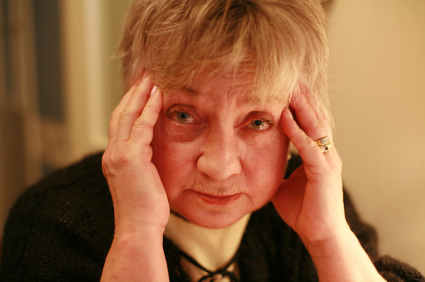 Stress comes and goes. Or at least it should. But for some it is a daily struggle. The constant panic, fear and uneasiness…

But now researchers have found a safe and effective alternative to treat generalized anxiety disorder (GAD). Studies have shown it works as well as Valium and Xanax.1

And best of all… it’s natural.  It comes from a plant.

Researchers from Australia conducted a three-week study. They followed 60 subjects.2 Scientists gave subjects 250 mg of this root. The results showed it had anti-anxiety properties. And it was perfectly safe.  There weren’t any serious side effects. This anti-anxiety root appeared equally effective in cases where depression was also associated.

And it was no fluke…

Another study out of Germany followed 50 subjects.3 Participants took 150 mg of the natural root for four weeks. Scientists observed patients for two additional weeks for safety precautions. Again, this therapeutic root showed to reduce anxiety symptoms… without side effects.

What is this natural anti-depressant that calms and soothes?

Kava root is from the Pacific Islands and has been used for hundreds of years. However, the plant has been under heavy scrutiny in recent years.

In 2002 the FDA issued a warning about the possibility of a link between the root and liver toxicity.4 But in 2007 the World Health Organization (WHO) cleared up confusion. It found that liver toxicity was limited to kava supplements that used the whole plant.

“Kava has been used in the Pacific Islands where it is grown for centuries without evidence of liver problems,” said Sarris.

Sarris studied the root on 37 people with GAD and depression. Half the group took kava. The other half took a placebo. After three weeks subjects reported less anxiety when taking kava. Depression levels also dropped. And no serious side effects were noted.

“What we can say is the evidence supports the use of this [formulation] for short periods for acute anxiety and stress,” Sarris says.

And the evidence doesn’t end there…

In 2001 researchers from Duke University held two clinical studies to test the effectiveness of the root and safety. It helped reduce anxiety and caused no liver problems.

Kava is safe when taken as a concentrated extract. It comes in capsule, tablet, and liquid extract forms. You can find it at the local health food store. But be sure to check the label. You want water-soluble and root extract.

If you’re one of the 6.8 million suffering from GAD, you don’t have to risk your health and mental well-being with dangerous drugs. You can regain control of your life. No prescription needed.

Editor’s Note: Often times we don’t know what causes anxiety or depression. But research suggests that as we age, the loss of a simple hormone could trigger these symptoms and others. Like extra flab, weakened muscles, thin and wrin­kled skin, memory loss, and more. The good news is there’s a way to ramp up this hormone in your body naturally. In fact, you could reverse years of aging and banish the symptoms that keep you from living a full life.