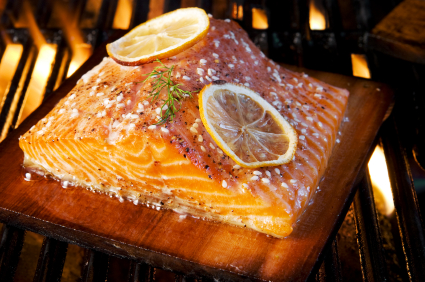 For couples trying to get pregnant, there’s a new wrinkle in the time-tested advice.

Research now shows that a man’s diet is important too.  In fact, it’s downright critical.  Male factors are responsible for 40 percent of infertility cases, according to the American Society for Reproductive Medicine.

Thankfully, there are things you can do to increase your virility…

Scientists have already noted the positive effects of fish oil.

It’s all about omega-3 fatty acids.  They can offset damage caused by “free radicals” in the bloodstream.  Processed foods, pollution, cigarette smoke, and other toxins can alter cells and cause disease.1

Free radicals also affect sperm.  But not to worry… omega-3s may give you the boost you need.

And now a new study out of UCLA studied how a different omega-3 source improves potency.

It appears in the peer-reviewed journal Biology of Reproduction.

The effect of diet on men’s fertility has not been clear, the researchers say.  That’s especially true for men who routinely eat the typical American diet.  Not surprisingly, it lacks the important nutrients men need for health and fertility.

“Women are not the only ones who should be paying attention to what they eat when they are trying to get pregnant,” said Wendie Robbins, the study’s lead author.  She is a professor at the UCLA School of Nursing and Fielding School of Public Health. “This study shows that what men eat is important too.”

Their 12-week randomized study involved 117 men between the ages of 21 and 35.  They divided the men into two groups.  Both ate a typical American diet.

These men added 75 grams of whole-shelled walnuts to their diet every day.  The other group continued their usual diet.  But they avoided walnuts or tree nuts of any type. (Like almonds, cashews, pecans, and pistachios.)

In the end, the “walnut group” had improvements in sperm vitality and motility (swimming ability). The control group stayed the same.  They showed no improvement.

“We found a significant improvement in sperm parameters in the group that consumed the walnuts,” according to Wendie Robbins.

This UCLA study is the first to examine the effects of a plant source of omega-3s – walnuts – on sperm.

But what’s the best source of omega-3 fats?

It’s believed that these fats help reduce the inflammation responsible for chronic diseases like heart disease.  They counteract the harmful effects of damaging fats found in processed foods.

But these are not the only sources of omega-3 fats.

Walnuts, as well as certain plants and oils, contain another form of omega-3 called alpha-linolenic acid (ALA).  Green leafy vegetables (like spinach and kale); Brazil nuts, flaxseeds, flaxseed oil, and canola oil are also rich in ALA.  When you eat these foods, a part of ALA is converted into EPA and DHA, and absorbed into the cells.

Bottom line?  There are multiple easy ways to give your sperm a little boost.

A daily fish oil capsule.  A couple handfuls of walnuts, as the UCLA researchers suggest.

Or, how about a nice romantic salmon dinner for two (wild salmon) – as often as possible. And why not fix a nice spinach salad to start, with a few toasted walnuts on top?  Can’t get too much of a good thing.

Editor’s Note: Omega-3s aren’t just for men’s health. They also help protect both men and women’s hearts. And in addition to Omega-3s, our researchers pinpointed one substance that can help decrease heart risk by up to 15% in just three months – and 13 specific foods that give you more of it. They’ve also uncovered a powerful vitamin that can help cut your risk of heart attack by up to 33%. And they’ve tracked down a 10-minute test that has been shown to help pinpoint your risk of heart attack death – so you can take action now. If you want to protect your heart, I urge you to learn more now.