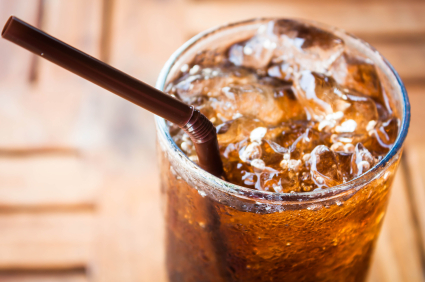 “Diet” versions of most foods are no better than the regular kind. Now, the latest research shows that diet soda is just as bad for you as regular soda.

We recently told you why diet soda makes you gain weight.

But this new research isn’t just about your waistline this time. It’s literally about life and death. It shows that drinking diet soda massively increases your risk of stroke.

Diet Soda Will Break Your Heart

The new study was headed by Dr. Hannah Gardner, who leads research for the Department of Neurology at the University of Miami. She shared her findings with a room full of experts at the 2011 American Stroke Association’s International Stroke Conference in California.

Now those experts are saying her findings are the real deal.

“Diet soda (is) not a substitute for sugar-sweetened beverages,” says Dr. Gardner. “We saw a significant increased risk among those who drank diet soda daily.”

She conducted a large study on 2,564 New Yorkers that ran over nine years. During that time, every person in the study was given regular physicals. Their checkups included blood pressure measurements and blood tests for cholesterol levels.

She also focused on how much soda they drank…and what kind.

Dr. Gardner examined those stats against heart-related incidents. And across all of that information one fact was clear…people drinking soda had a 61 percent greater chance of getting heart disease than those who didn’t.

The biggest surprise was that it made no difference whatsoever whether the soda was diet or regular.

Even after taking into account all other risk factors like high blood pressure or cholesterol…diet or regular soda drinkers still had a 48 percent higher rate of heart disease.

Dr. Gardner says it’s a wake-up call for soda drinkers…diet or regular…because research shows both are dangerous for you.

“It’s reasonable to have doubts,” she says. “But diet soda drinkers need to stay tuned.”

Until now we’ve been told that the sugar in soda causes our weight to balloon and our blood sugar to spike. Both are factors in developing diabetes and heart disease.

But diet soda has been marketed as a sugar-free drink. And, in theory, free of sugar-related health risks.

But that theory couldn’t be more wrong.

Diet soda may not contain sugar, but it does contain artificial sweeteners that are cooked up in a lab.

Experts say these sweeteners kick-start bad hormonal reactions inside your body, which cause major threats to your health.

Dr. Gardner is not alone in her findings. A top lecturer at Harvard – Dr. Ravi Dhingra – has done his own study on diet soda.

He came to the same scary conclusion…

“If you are drinking soft drinks each day, you’re increasing your risk of developing heart disease,” says Dr. Dhingra.

His co-author – Dr. Ramachandran Vasan – says there’s no difference in what soda you drink.

“It didn’t matter whether it was a diet or regular soda,” he says. “The association with increased risk was present.”

Despite all this evidence, the American Beverage Association (ABA) is still defending diet sodas.

“Diet soft drinks are a good option for those looking to cut calories in their beverages,” says Susan Neely. She’s the president and CEO of the ABA. And she’s quick to dismiss the studies.

“It defies common sense to link soft drinks and heart disease,” she says.

It may defy common sense, but you can’t argue with the science.

Of course, it makes sense for the ABA to support diet sodas. After all, they’re a big part of the $178 billion generated by the beverage industry each year.

But even if it’s bad for business, plenty of medical experts disagree with the ABA.

“I first thought the correlation had to be accidental,” says Dr. Patrick Lyden, chief of neurology at Cedars-Sinai Medical Center in Los Angeles.

But his early doubts faded after he read and re-read the studies. Now he’s convinced the science – and findings – are solid. He thinks it’s a major wake-up call for diet soda drinkers.

From now on, he’s telling his patients to play it safe and skip soda altogether.

And he’s not alone.

Take Dr. Tudor Jovin, the director of the Stroke Institute at the University of Pittsburgh Medical Center.

As surprising as the results are, he’s convinced they should be taken seriously. That’s especially true if you have a history of heart problems.

“People with risk factors for vascular disease want to reduce the amount of diet soda they consume,” says Dr. Jovin.

As much as you may be addicted to the canned poison, the truth is…there’s only one way to protect your and your family’s health: cut out soft drinks all together.

If that’s too much of a sacrifice, you should start by drastically reducing your intake to less than one eight-ounce glass a day. (Remember, a can is 12 ounces.) And if you’re hooked on diet soda, switch to regular first and begin by cutting back that way.

As we always say, water should be your drink of choice.

Your heart health depends on what you eat and drink. And there are many ways to ensure that your diet supports a good healthy heart.

If you’re looking for additional ways to protect your heart, we’ve published an extensive report that’s loaded with healthy solutions.

In that report, we reveal:

We’ve gathered research from the best doctors on the planet. Their studies reveal the true underlying cause of heart disease…and what you can do to counteract a vicious destructive cycle that’s attacking your body from within.

We’ll also tell you how:

To find out more about The Heart Disease Scam…read on here.