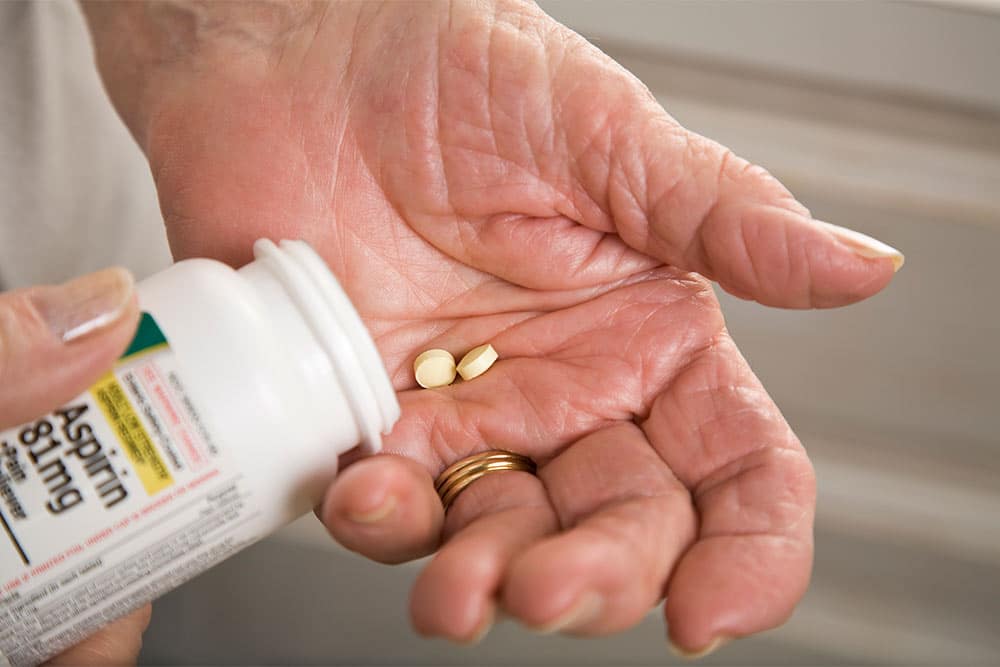 Back in 1948, a doctor from California, named Dr. Lawrence Craven, recommended folks take an aspirin a day to reduce the risk of a heart attack. (This recommendation was based on what he observed with his own patients.)

And nearly 75 years later, many doctors continue to hammer us with the idea that taking an aspirin a day can shield your heart.

So, it may come as no surprise that nearly 29 MILLION Americans – many of them seniors – take a daily low-dose aspirin.

But here’s the thing: a lot has changed since Dr. Craven’s infamous recommendation.

See, while daily aspirin may be best known for heart health… new studies reveal why it may be doing your heart (and body) a lot more harm than good!

So, if you’re currently taking a daily aspirin (or have been told you should), you’re going to want to keep reading…

According to the U.S. Preventive Services Task Force (USPSTF) – an independent panel composed of experts in disease prevention and evidence-based medicine – people over the age of 60 should not start taking daily, low-dose aspirin to prevent cardiovascular events like heart attacks or strokes.

Well, in a nutshell, the risks of taking a daily aspirin far outweigh any benefits.

For example, aspirin for older adults with low risk (and no prior history of heart attack or stroke) are at a greater risk of gastrointestinal bleeding, according to the American College of Cardiology and the American Heart Association.

And three large, extensive clinical trials, following more than 47,000 older patients, highlighted these dangers. Two of the studies didn’t find any significant reductions in heart attack or stroke for those on daily aspirin – but did find an increased risk of bleeding.

And the third trial – which focused on people with diabetes (a higher risk group) – found a small reduction in cardiovascular events, but with a higher bleeding risk.

The studies revealed that the bleeding usually occurred in the gastrointestinal tract – but there were also potentially DEADLY brain bleeds and hemorrhagic strokes.

While Dr. Craven’s findings may have set the bar high for aspirin and heart health decades ago… modern research has revealed that the risks of aspirin far outweigh the rewards!

My suggestion? If you’re currently taking aspirin, now’s a great time to have a conversation with your doctor to discuss these new-found risks.

Instead, I recommend trying one of Mother Nature’s alternatives to aspirin – like magnesium.

Magnesium helps your heart muscle cells relax by countering calcium, which stimulates contractions. These minerals compete with each other to ensure heart cells contract and relax properly.

And studies have even found supplemental magnesium more effective than aspirin in lowering heart attack rates as well as overall death rates.