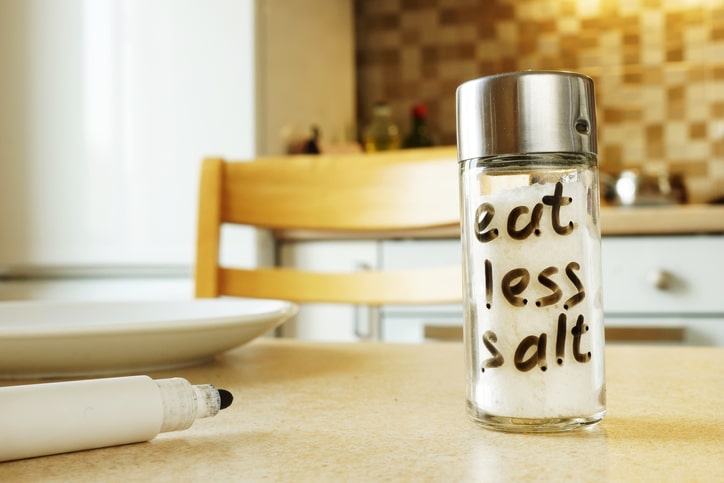 For as long as I can remember, myths around salt consumption have been hammered into our heads by the feds, mainstream researchers, and even your own doctor.

They practically instill the fear of God into you by saying even a little bit of salt in your diet is going to lead to high blood pressure, heart attack, or stroke.

And it’s enough to freak you out at the very sight of a salt shaker!

A recent study presented with the American College of Cardiology said that a strict, low-salt diet has LITTLE BENEFIT for folks with heart failure.

In fact, there’s plenty of evidence (backed by science) that points to salt being an important ingredient – and nutrient – for your body.

Salt: It’s Not All Bad

Salt (aka sodium) is a mineral we ALL need. In fact, your body can’t live without it!

Salt is needed to transmit nerve impulses, contract and relax muscle fibers (including those in your heart) and maintain a proper fluid balance.

The problem is, the headlines you usually see about salt are usually bad.

For example, a study out of Germany claimed that people who consume a salty diet may have weaker immune systems… which makes for a great, anti-salt headline.

The researchers introduced high-salt diets to mice first and found that they were more susceptible to more severe bacterial infections. When the study asked for human volunteers, the researchers gave them six additional grams of salt every day beyond the recommended amount.

They found that the volunteers started showing signs of pronounced immune deficiencies.

But did you know that six additional grams of salt is nearly the same amount of salt used in two average FAST FOOD MEALS!

Who in their right mind would eat two fast food meals a day and NOT expect health issues?!

And what kind of reputable study would base their research off of the salt equivalent of artery-clogging, preservative-laced fast food?!

If you focus on eating mostly whole, single ingredient foods, then there is ZERO need for you to worry about your salt intake.

Go ahead and add a little salt to your food during cooking or at the table in order to improve flavor.

And whatever you do… DON’T believe most of the hype around low-salt diets.