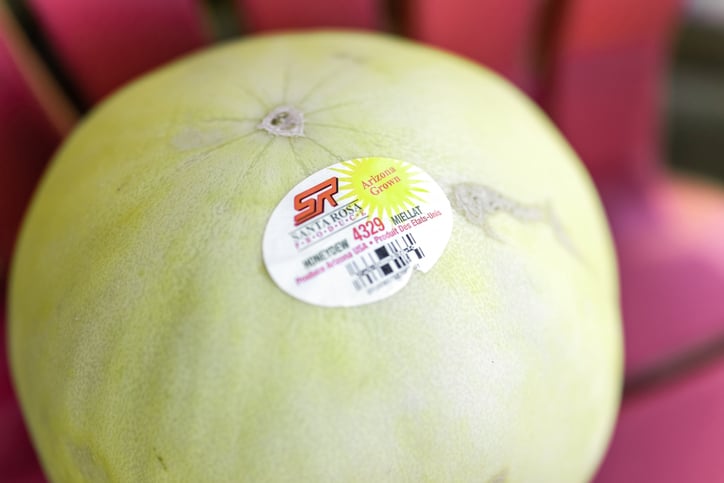 Those little stickers on produce can be annoying. Sometimes they are hard to remove. Or when you take them off, part of the peel comes off with them.

But the decals actually contain important information. They tell you how the produce was grown. But you have to know how to decipher the numbers.

The stickers contain a four- or five-digit number. It is known as the price look-up (PLU) code. The codes have been in use since 1990. They are standardized throughout the world.

They are designed to make inventory control easier for grocery stores.

And they allow check-out cashiers to accurately ring up produce without having to visually identify different varieties of fruits and vegetables.
Decoding the Numbers on Fruit and Veggie Stickers
The PLU code contains valuable information for customers who know how to read them. The code will always start with one of four numbers: 3, 4, 8, or 9.

How Can You Avoid GMO Produce?

GMO means that the genes of the produce have been altered. Growers do this to improve size, appearance, flavor, and shorten the time needed to reach maturity.

Sometimes they genetically modify a crop to allow a certain pesticide to be used. For example, GMO corn and soybeans are often modified to make them immune to the weed killer Roundup. That way, when Roundup is sprayed on a field, it kills all plants except for the GMO crop.

But there’s emerging evidence that GMO food is harmful. A study published in the International Journal of Human Nutrition and Functional Medicine found that when people switched to a non-GMO diet, their health improved:

The fruits and vegetables most likely to be genetically modified include corn, soybeans (edamame), zucchini, yellow squash, and papayas. Stick to organic versions of these.

The decals on fruits and vegetables can be an annoyance. But when you know what the numbers mean, they can bring you crucial information about the produce you buy.

Best Ways to Save Money on Organic Food