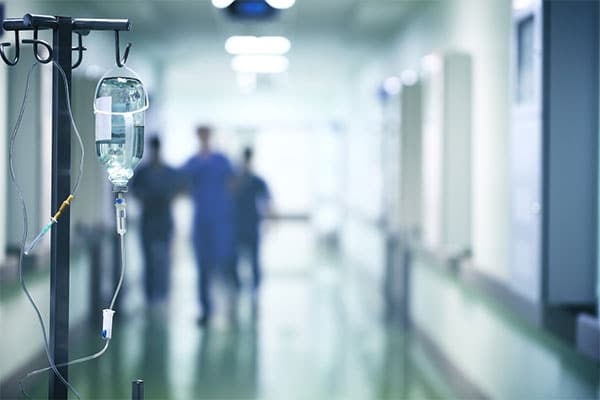 Look into the rooms of just about any hospital and you’ll see the same thing…patient after patient with bags of intravenous fluids hanging above them.

IV fluids are among the most common medical interventions worldwide.

Several kinds are available. But one call “normal saline” has long been the most popular. It has been part of standard hospital treatment for 150 years.i

It is used to make sure patients don’t get dehydrated. But it is also given without a second thought for a variety of conditions, from vomiting to fast heart rates to dizziness.

Saline is so common that you’d think that there would be solid evidence that it works. In fact, the opposite is true. Research shows that saline actually harms patients.

Two separate studies looked at saline use in 15,000 ICU and 13,000 ER patients. The research was conducted by Vanderbilt University Medical Center. It was published in The New England Journal of Medicine.

The findings showed that saline can harm kidneys. And it doesn’t work well for fluid replacement.

An alternative to saline solution was found to be safer and to work better. It’s something called balanced fluids. It is sometimes also called crystalloid fluids or Ringer’s solution.ii

Balanced fluids have salt in them, just like saline solution. But they also contain potassium and other electrolytes. This makes it more like plasma, the clear part of your blood. Balanced fluids have become standard treatment in Europe and Australia.

The Vanderbilt research found that for every 100 people on balanced fluids, there was one fewer death or severe kidney problem.iii iv v

That may not seem like much. But Dr. Matthew Semler, who led the research points out that if U.S. hospitals switched to balanced fluids, “tens or hundreds of thousands of patients would be spared death or severe kidney problems.”

The problem with saline has to do with the amount of salt in it. The 0.9% sodium chloride concentration it contains is higher than the normal salinity of human blood. This makes kidneys work harder. Balanced solutions provide a closer match to what’s in your blood.

Critical care specialist Dr. Timothy Buchman was not involved in the study. But he says the switch to balanced fluids is long overdue.

“After roughly 75 years of intravenous medicine and 50 years of advanced trauma life support, we are finally recognizing that maybe what we should be giving is what the patient has been losing,” he said.

Some hospitals have made the switch. But most still use saline.

The reason for the lag is not price. Both saline and balanced fluids cost about the same, just a dollar or two per IV. And many suppliers make both types. So switching should not be difficult.

So why are hospitals still using saline?

Historically, saline has been the most widely used IV fluid. That’s what doctors are taught to use in medical school. So that’s what many of them are most comfortable with.

If you are going to the hospital, ask your doctor if you’ll be getting IV fluids. If so, be sure to ask for balanced fluids instead of saline.