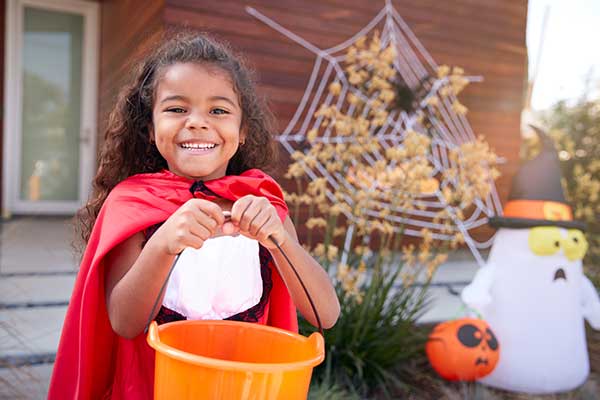 Who wants to deny the kids a sweet treat on Halloween? If it’s just once a year, can a sugar splurge be so bad?

The problem is that Halloween has evolved far beyond a one-day candy-fest.

The average American now eats 3 1/2 pounds of sweets during the increasingly lengthy Halloween season. The average trick-or-treater totes home more than 21 ounces of pure sugar. (The recommended maximum daily intake is only three-quarters of an ounce.)i ii

And it’s not just sugar that is harmful. A typical mass-produced candy bar handed out on Halloween has an ingredient list that is a witch’s brew of chemicals:iii iv

You don’t have to deprive the neighborhood kids or yourself on Halloween. Here’s a list of candies with natural, healthy ingredients:

All these candies taste great. Trick-or-treaters won’t even know they’re eating something healthy.

The kids will love them…and so will you. Editor’s Note: Discover the leading cause of death your doctor won’t tell you about. It ranks behind only heart disease and cancer as a major killer. Find out how to protect yourself by reading our monthly journal, Independent Healing, HERE.