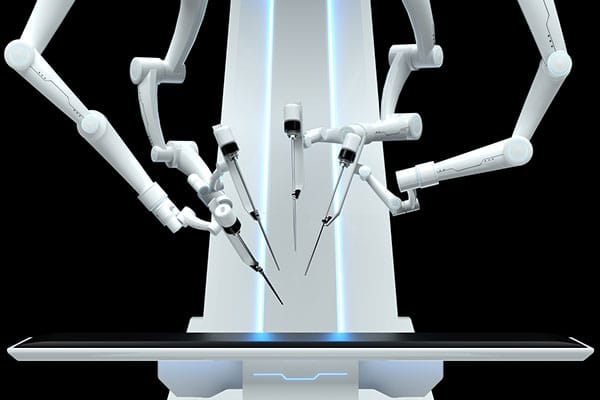 When robotic surgery first became popular a few years ago, it seemed like an idea whose time had come.

We’ve all heard horror stories about surgeons making horrible mistakes. Robotics promised to take human error out of the equation.i

Robots never have shaky hands. They are more precise than a human can be. They can operate in tiny spaces too small for a surgeon’s fingers to reach.

And they make traditional surgery look archaic. A surgery robot looks a bit like a Star Wars droid.

Robotic operations are more expensive than regular surgeries, but they are supposed to have fewer complications, faster recovery times, and get you out of the hospital faster.

It turns out that none of that is true, according to a major new review.

It looked at 50 high-quality studies of robotic surgery that included 4,898 patients.

The analysis found that robotic surgery has just as many complications as regular surgery. And recovery times are no better. Robotic operations were found to actually last longer than conventional surgeries, which means patients must spend more time under anesthesia.

The researchers concluded: “There is currently no clear advantage with existing robotic platforms, which are costly and increase operative duration.”

The review was published in the Annals of Internal Medicine.iv

So if robotic surgery is more expensive and doesn’t work any better, why is it so widely used?

The answer is simple, according to Dr. Vinay Prasad. He is a hematologist-oncologist and associate professor at the University of California, San Francisco.

Prior research has found advantages to robotic surgery. But the new review noted that many of the positive studies have something in common: “Two-thirds of the articles have authors who received speaking fees, consulting fees, or honoraria” from robot manufacturers, the authors said.

“I know many surgeons who swear by the robot,” Dr. Prasad said. “But swearing by the robot is not the same thing as performing well and showing in randomized trials that the robot is better than what you used to do.”

3 Questions to Ask Before You Have Robotic Surgery

Before agreeing to have robotic surgery, be sure to have an in-depth discussion with your surgeon. Ask these three questions:

1. What makes me a good candidate for robotic surgery?

Be wary if your doctor focuses mainly on how high-tech it is, particularly for more routine surgeries. On the other hand, robotic surgery may be your only option for complex surgeries.

2. What are the risks and benefits compared to other options?

Ask whether laparoscopic surgery, which is done through a small incision, is an option for your procedure. If your doctor gives you comparative statistics, make sure they compare robotic surgery to the best available non-robotic method. Otherwise, the comparison may unfairly skew in favor of robotic surgery.

3. How many robotic surgeries have you performed?

Experience matters, no matter what kind of surgery you’re having. If you decide on a robotic operation, choose a doctor who has used robotic equipment at least 20 times and has fellowship training in robotic procedures.

The bottom line is this: If you’re having a robotic surgery, you want to make sure it is the best technique for your procedure—not the best way for your doctor and the robot manufacturers to fatten their wallets.

The Disturbing Surgery Side Effect They Don’t Tell You About

Beware of These 4 Profit-Padding Procedures That Doctors Push