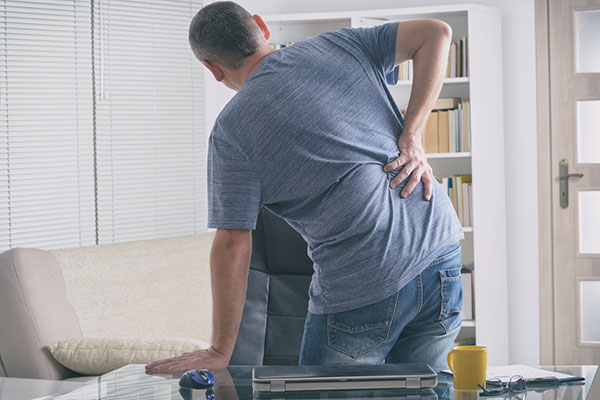 The battle between mainstream doctors and chiropractors has been raging for decades.

Many conventional doctors say that chiropractic is unproven. And chiropractors often view doctors as pill pushers who do more harm than good when they try to treat back pain.

The patients randomly were placed into one of two groups. One group received conventional medical care for back pain. This included seeing a medical doctor, taking pain medications, undergoing physical therapy, and doing back exercises.

The other group received the same care along with chiropractic treatments. These included hands-on spinal manipulation adjustments to restore proper bone alignment.

The study found that chiropractic relieved pain and improved function:

Christine M. Goertz is a researcher with the Spine Institute for Quality. She is co-author of the study.

“We found that at every time point, those patients that received chiropractic care had better outcomes in terms of their level of pain intensity and pain-related disability,” she said.ii

“We also found that patients who saw the chiropractor tended to be much more satisfied with the care they received,” said Goertz.

“The current study provides the strongest evidence to date that chiropractic care is safe, effective, and results in high levels of patient satisfaction.”

The study was published online in JAMA Network Open.iii

Mainstream Back Pain Treatment Is Dangerous

The study does not mean that chiropractic will work for everyone. But the research clearly shows that it provides substantial back pain relief for many people, allowing them to get back to their normal activities.

Here’s something else that is clear: painkillers or surgery should never be your first choice for back pain treatment.

The overuse of prescription pain killers has led to the current opioid addiction epidemic that kills more than 60,000 Americans a year. And recent studies show that opioid painkillers don’t work against chronic back pain.iv

The risks of back surgery are just as bad. They include nerve damage, incontinence, and in extreme cases, some form of paralysis.v

Chiropractic, on the other hand, is relatively safe. One major study found that serious adverse side effects-typically a stroke-occur in one out of 2 million manipulations.vi

If you’ve been skeptical of chiropractic, it might be time to reconsider.

Editor’s Note: Can CBD or medical marijuana relieve your chronic pain? You won’t get straight answers from the mainstream media… Read our monthly journal  Independent Healing to learn which conditions cannabis-based remedies can effectively treat, and which ones they can’t.

Your Feet May Reveal If You Have Coronavirus, New Research Suggests