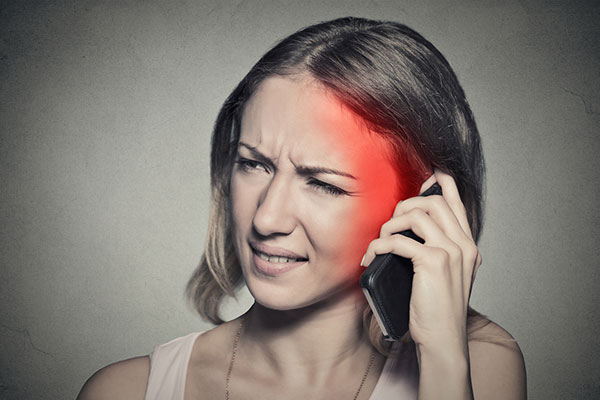 Radiation researcher Joel Moskowitz has warned about the adverse health effects of cellphones for more than a decade.

But few people are willing to listen, he says.

“People are addicted to their smartphones,” he said. “We use them for everything now. I think the idea that they’re potentially harming our health is too much for some people.”i

Moskowitz is director of UC Berkeley’s Center for Family and Community Health. Research linking cellphone radiation to brain cancer is nothing new. It goes all the way back to the 1990s, when the phones were just starting to become popular.ii

But a major new analysis by Moskowitz and his co-authors is the most comprehensive look ever at the evidence. It examined 46 high-quality studies from 13 different countries. The research included more than 66,000 people.

Unlike previous reviews, it did more than offer a general warning about cellphones. It quantified the danger.

The analysis found that even moderate cellphone use—about 17 minutes a day over a 10-year period—increases the risk of brain cancer by 60%.iii

Moskowitz also revealed what he believes is the likely mechanism behind the elevated risk… Cellphone radiation causes the mitochondria in our cells to absorb more calcium, he said.

This “interferes with our natural cellular processes and leads to the creation of stress proteins and free radicals and, possibly DNA damage,” which in turn trigger cancer, Moskowitz said.

Moskowitz’s findings cannot be dismissed as the work of someone on the scientific fringe. More than 250 other radiation researchers share his concerns. They have all signed a petition calling for health warnings on cellphones along the lines of the warnings on cigarette packs.iv

New, faster 5G cellphone networks add another potential danger, Moskowitz said. 5G uses something called millimeter waves. They are much higher frequency than the microwaves used in the current 3G and 4G networks.

We don’t know much about how millimeter waves affect human health. The U.S. government has largely refused to fund studies examining cellphone radiation.

This is because the agency overseeing cellphones, the Federal Communications Commission (FCC) is controlled by the telecommunications industry, Moskowitz said. It is made up largely of former telecom executives who are not interested in funding research that might find evidence that cellphones are harmful.

What we do know about 5G millimeter wave radiation is not comforting.

Researchers have found that millimeter wave radiation is absorbed “by the skin, the sweat glands, the peripheral nerves, the eyes, and testes,” Moskowitz said. “It may cause hypersensitivity and biochemical alterations in the immune and circulatory systems—the heart, the liver, kidneys, and brain.”

Experiments have found that millimeter waves harm insects, he said.

5 Simple Ways to Protect Yourself from Cellphone Radiation

These days, it’s difficult, if not impossible, for many of us to get by without a cellphone. Moskowitz recommends these steps to minimize the risk:

Moskowitz knows that no one wants to hear that their cellphone might give them cancer. But he continues his research for one reason…

After his early studies, he started hearing from brain cancer patients who blamed their condition on their heavy cellphone use.v

“They begged me to stay on this topic,” he said.

Your Cellphone Is Poisoning You

Your Cellphone Is Germier Than a Toilet Seat

This Is Your Brain on Sugar