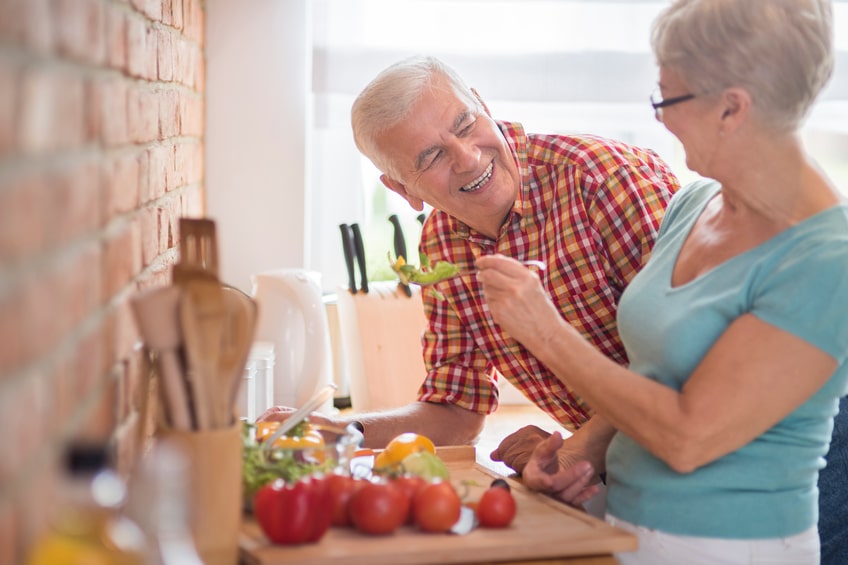 Many essential nutrients in vegetables are bound inside thick cellular walls. Cooking breaks down these walls and releases the nutrients. This increases their bioavailability. Cooking also softens cellulose fiber, which makes vegetables easier to digest.[2]

Here are five veggies that are actually healthier cooked than raw:

A study in the International Journal of Food Science & Technology found that cooking dramatically raises the levels of five antioxidants that help fight heart disease and cancer.[3]

Cooked broccoli contains higher levels of healthy carotenoids than raw broccoli. The level is 32% higher in boiled broccoli and 19% higher in steamed.[4]

When cruciferous vegetables such as broccoli, cauliflower, and cabbage are cooked, they form an organic compound called indole. According to research in The Journal of Nutrition, indole helps kill precancerous cells before they turn malignant.[5]

Boiling carrots until tender increases the concentration of cancer-fighting carotenoids by 14%, according to a study published in the Journal of Agricultural Food Chemistry.

Boiling also boosts levels of the carotenoid lutein by 11%. Lutein plays an essential role in eye health and preventing diseases such as cataracts and macular degeneration.

Raw or cooked, spinach is one of nature’s superfoods. But cooked spinach contains more absorbable calcium and iron. That’s because high temperatures break down oxalate. This is a compound in spinach that blocks the absorption of calcium and iron.

Quickly cooking spinach in boiling water, then placing it in cold water to halt cooking, reduces oxalate by 40%, according to one study.

Since about 75% of all kidney stones are composed primarily of calcium oxalate, high blood levels of oxalate are a major risk factor for this problem.[6]

Cooking tomatoes releases high amounts of one of the world’s most powerful antioxidants: lycopene. It has been linked to lower rates of cancer and heart disease.

Lycopene is the red pigment that gives tomatoes their color. When tomatoes are cooked for 30 minutes, levels of absorbable lycopene go up by 35%. Overall antioxidant levels increase by 62%.

Among people who follow a strict raw food diet, low lycopene levels are common, according to a study published in The British Journal of Nutrition.[7]

Cooking does decrease vitamin C from tomatoes by up to 29%. But the trade-off may be worth it. Lycopene is considered a more powerful antioxidant.[8]

Don’t fry vegetables. Steam, boil, or microwave them. Carotenoids and other healthy compounds are lost to the cooking oil or destroyed by the higher temperatures used in frying.

Decoding the Little Stickers on Fruits and Vegetables

The Anti-Alzheimer’s Food Ingredient You Need