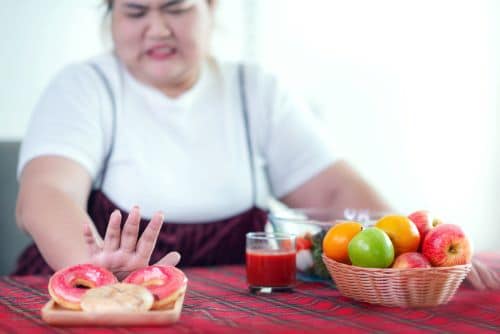 Sugar may be the single worst food for your health.

It’s linked to virtually all the biggest killers that plague Americans: heart disease, cancer, diabetes, obesity, Alzheimer’s… The list goes on and on.

But even though we know sugar is bad for us, we keep eating it.

The average American now consumes almost 17 teaspoons of it a day. That’s about 57 pounds a year.[1]

So if it’s so bad for us, why do we keep eating so much of it?

A study by the U.S. National Institute on Drug Abuse found that sugar is addictive in much the same way cocaine and alcohol are. Using brain scans, researchers found that sugar activates the same pleasure centers in the brain that addictive drugs do.

It may seem ludicrous to compare sugar to something as dangerous as cocaine. But consider a study published in the journal Neuroscience & Behavioral Reviews. It noted that drug addiction has four characteristics:[2]

The study found sugar addiction has all four components.

It concludes that sugar “can be a substance of abuse and lead to a natural form of addiction.” That’s why it’s so hard for us to pass up a slice of cake or bowl of ice cream even though we know that they are bad for us.

They tested gymnema sylvestre (pronounced Jim-NEE-muh sil-VES-tree). It’s an herb that’s been used for thousands of years in traditional Indian Ayurvedic medicine to treat diabetes and suppress the taste for sweet foods.

The researchers divided volunteers into two groups. One ate a mint containing 4 mg of gymnema extract. The other ate a placebo.[3]

The gymnema group found that sugary foods lost their appeal. Favorite candies such as chocolate no longer tasted very good. Their cravings for sweet foods diminished and they ate less of them.

People who normally had a “sweet tooth” saw the biggest decrease in the desire for sweet foods.

Professor Ajmol Ali was one of the study authors. He said gymnema works by “suppressing taste responses to sweet compounds,” without affecting your taste otherwise. It dulls only the sugar receptors in your tongue.[4]

“Gymnema sylvestre removes the sweetness—so if you eat chocolate, you’ll only get bitterness.

“We are eating more added sugar than ever before, so this compound has great potential to help people reduce their high consumption of sugary food and beverages and move to healthier options.”

The study backs up previous findings…

Researchers in India and at the Yeungnam University in Korea conducted a series of studies of gymnema on both humans and laboratory rats.

In addition to reducing sugar cravings, the studies found that the herb also signals the pancreas to make insulin. This is key to keeping blood sugar at a healthy level.[5]

In the trials, researchers put lab rats on a high-sugar diet for four weeks. Half the rats were also given powdered gymnema. The researchers performed baseline tests, including blood and glucose tolerance tests.[6]

At the end of the study, researchers did the tests again. The animals given gymnema had:

The researchers concluded, “This study shows that gymnema extracts provide the possibility as a key role” in treating obesity.

In another laboratory experiment, rats given gymnema absorbed less glucose in their intestines. The sugar passed right through their bodies. And they increased their insulin production.

In a human study, subjects took 500 mg of gymnema daily for three months. They all had improved blood sugar levels, less fatigue, and reduced hunger.

Gymnema extract is safe for most people. But children and pregnant women shouldn’t take it.

If you’re on a diabetes medication, consult your doctor before trying gymnema. It’s so effective that it could bring your blood sugar down too low.

Gymnema supplements are available from online retailers and health-food stores. A typical dose is 100 mg, three to four times daily.

Sugar cravings can be hugely damaging to your health. An ancient remedy may be the best way to stop them.

Editor’s Note: If you’re concerned about sugar intake, you should know that mainstream diabetes treatments can actually make the condition worse. To find out more, read Independent Healing, your best source for evidence-based health advice. Go HERE to subscribe.

Sugar Kills…But Not the Way You Think