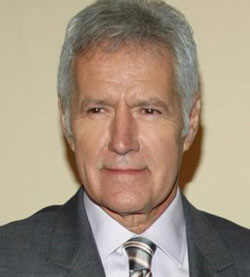 Pancreatic cancer has the lowest five-year survival rate of any major form of cancer. Only about 8% of patients are alive five years after their diagnosis.

And because Trebek’s cancer wasn’t found until it had spread, the survival statistics for him are even more grim. For patients with stage 4 pancreatic cancer, the five-year survival rate is only 3%.[2]

Pancreatic cancer has a low profile compared to other common cancers. There is no “Race for the Cure” like there is for breast cancer. You probably didn’t even know that a purple ribbon is the symbol for pancreatic cancer awareness.

But it actually kills more Americans than breast cancer. It’s the third leading cause of cancer death behind lung and colon cancers.[3]

Pancreatic cancer seems to make headlines only when a celebrity like Trebek gets it. And it seems to kill a disproportionate number of the rich and famous.

This Treatment Could Save Alex Trebek

It has far fewer side effects than conventional chemo. And it’s getting dramatic results in pancreatic cancer patients.

The treatment delivers chemo drugs directly to arteries that lead to pancreatic tumors.

This serves two purposes. It reduces side effects, since less of the chemo drug hits healthy tissue. And it lessens the cancer’s ability to shut down its blood supply to protect itself.[5]

Chris Parrish of Bangor, Maine, knows what it’s like to be in Alex Trebek’s shoes. She was diagnosed with advanced pancreatic cancer and given just a 2% chance to live.

She underwent intra-arterial chemo, which was highly experimental at the time. In addition, Chris worked with a naturopathic practitioner who put her on five natural therapies:

These treatments reduced Chris’s nausea and other side effects caused by chemo. “They helped me tremendously,” Chris said.

That doesn’t mean she didn’t have any side effects.

“The intra-arterial chemotherapy, in particular, was intense,” she said. “But it knocked my tumor markers down dramatically. I went through four rounds of it.

“I experienced nausea, low blood cell and platelet counts, and hair loss. But progressively, I started getting better and feeling stronger.”

She had chemo for two years, starting in 2008. “The first year was really hard,” she said. “In the second year, I felt as though my body regenerated itself. I ate right and took the natural therapies my naturopathic clinician prescribed.

“I did a ton of juicing. I juiced apples, carrots, red grapes, pineapple, strawberries, blueberries, and cantaloupe.”

Her cancer went into remission.

And on the two-year anniversary of her diagnosis, she drank two Guinness beers to celebrate.

The next year it was three.

It has now been more than nine years since her diagnosis. She’s still cancer-free. She can’t drink nine Guinness beers, so she celebrates in other ways.

“I go golfing. It has become my new passion. And when I’m not golfing, I’m at the beach. I’m like a kid. I’m not indoors until the sun goes down. I don’t want to miss a thing.”

Thanks to intra-arterial chemo and other advances, pancreatic cancer survival rates are inching up.

In just the last two years, five-year survival has gone from 5% to slightly more than 8%.[6]

That may not seem like much. But it means 60% more patients are living at least five years after their diagnosis.

This year, more than 55,000 Americans are expected to be diagnosed with pancreatic cancer. Improvements in treatment mean 1,600 patients will survive who would have died in the past.[7]

After his diagnosis, Trebek said, “Normally, the prognosis for this is not very encouraging. But I’m going to fight this. I plan to beat the low survival-rate statistics for this disease.”

After Trebek’s diagnosis, Chris Parrish posted a message to him on her Facebook page. It read: “You CAN do this Alex Trebek!”

She is proof of that.

Editor’s note: You won’t hear about effective alternative cancer treatments in the mainstream media. Independent Healing is your best source for cutting-edge health information from research labs around the world. Find out how to subscribe HERE.