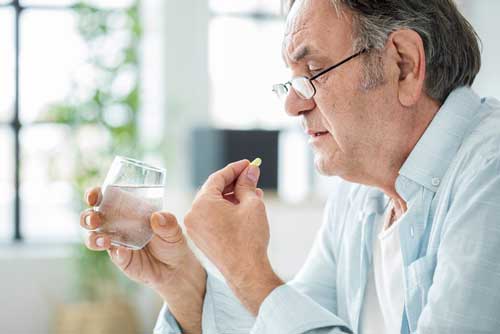 Millions of people take daily aspirin to prevent a heart attack or stroke.

The practice began in the 1970s after studies found that daily aspirin could prevent a second heart attack or stroke.1

Many doctors reasoned that if aspirin could stop repeat heart attacks, it should prevent first ones, too. So they began to recommend daily aspirin to all their older patients.

Now, two new studies show that many people who take an aspirin every day are doing themselves more harm than good.

They are the largest studies ever on aspirin’s heart effects. They included over 130,000 people. The researchers tracked many of them for up to seven years.2

The studies found that taking a daily low-dose aspirin (75-100 mgs):

Researchers found that intestinal bleeding dangers were particularly pronounced in diabetics. This is a concern because diabetics are at higher risk for heart disease. So doctors often advise them to take aspirin.

The studies also found that daily aspirin increased the risk of cancer in some seniors.

One study was led by Dr. Peter Rothwell. He is a professor of clinical neurology at the University of Oxford in England.

Daily low-dose aspirin to prevent heart disease is “not a very effective strategy, and might sometimes do more harm than good,” he said.3

He and his colleagues concluded: “If you’re healthy, it’s probably not worth taking it.”

The research was recently presented at the European Society of Cardiology meeting in Munich, Germany.

A Safer Alternative to Aspirin

If you are worried about having a heart attack, there is a better, safer option.

It’s called rutin. It has the same blood-thinning effects as aspirin. But it doesn’t cause intestinal bleeding.

Rutin (pronounced ROO-tin) is a type of plant pigment called a bioflavonoid. It relaxes the blood vessel walls. This prevents plaque buildup.

It has other benefits, too. It improves blood flow in people suffering from peripheral artery disease.4

Rutin may be the reason for the old adage “An apple a day keeps the doctor away.” Apples are one of the foods highest in rutin. Figs and tea also have plenty of it.

Another option is to take a rutin supplement. They are widely available at health food stores and online. Take 500 mg once a day with a meal.

There is one situation where you absolutely should take aspirin. That’s when you think you are having a heart attack.

The sooner you take a standard 325 mg aspirin, the better. And don’t swallow it with water like you normally would. A 2015 study found that chewing the aspirin for about 30 seconds before swallowing works best.5

The Key to Staying Alive After a Heart Attack

One Surprising Sign You’re Headed for a Heart Attack