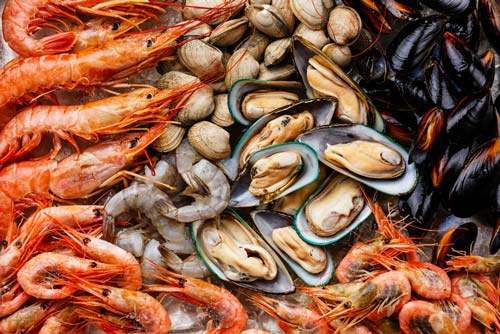 We are now using so many prescription painkillers that even the shellfish we eat test positive for the drugs.

How can that be?

When people take drugs, their bodies don’t use all of the medication. Some is excreted in the form of urine. It goes into sewer systems. Eventually it ends up in waterways.

People also flush unused drugs down their toilets. Or they throw them in the trash, where they end up in a landfill. Then the drugs seep into the groundwater.

Scientists from the Washington Department of Fish and Wildlife (WDFW) tested mussels from 18 locations in Puget Sound. It’s adjacent to Seattle.1

Mussels are filter feeders. They absorb contaminants in the water. This makes them a good barometer of water purity.

The researchers were surprised to find shellfish with opioids in their tissues. In three locations, the researchers found mussels that contained enough oxycodone to test positive for the drug.2

Oxycodone is the highly addictive active ingredient in the painkillers OxyContin and Percocet.3

Jennifer Lanksbury is a biologist with the WFDW. Although the mussels did not have enough of the drug to make you high if you ate them, the findings show “there’s a lot of people taking oxycodone in the Puget Sound area,” she said.4

Shellfish aren’t the only animals affected. A 2017 study at the University of Utah found that fish can become opioid addicts.5

Zebrafish are found in warm coastal waters. Scientists devised a system that allowed the fish to self-administer hydrocodone. It is the active ingredient in the painkiller Vicodin.

After a week, the fish became addicted. Then the researchers removed the hydrocodone. The fish went through withdrawal, similar to what humans experience.

The scientists concluded that coastal fish such as salmon and trout are vulnerable to addiction because of opioids in the water.6

Americans consume 80% of the opioids produced worldwide by Big Pharma. More than 63,000 Americans now die every year from painkiller overdoses. That’s 50% more deaths than are caused by car accidents.7 8

But Big Pharma has 19 billion reasons to keep the addiction epidemic going. That is how many dollars it makes every year from the sale of opioids to Americans.9

So they continue to promote and sell opioids while resisting common-sense measures to reduce addiction.10

America Is Fighting Back

Communities across America are finally fighting back. The governments of Delaware, Oklahoma, Philadelphia, New York City, and others are suing drug companies over the opioid epidemic. The lawsuits charge Big Pharma with deceptive marketing. They say pharmaceutical companies hid the dangers of opioids from the public for years.

Opioid drugs not only are dangerous. In many cases, they are ineffective in relieving pain. We recently told you how they can actually make post-surgical pain last longer.

One more thing… Many people become opioid addicts after being prescribed the drugs following surgery. If you are scheduled for surgery, talk to your doctor beforehand about alternative pain management. These could include a nerve block, epidural, massage therapy or special exercises.14

Editor’s Note: Opioids are not the only medication that can put your life in jeopardy. We list others in our special report, The Top 10 Dangerous Pharmaceutical Drugs—And Their Natural Alternatives. It’s an important read for you and your family. Get all the details HERE.