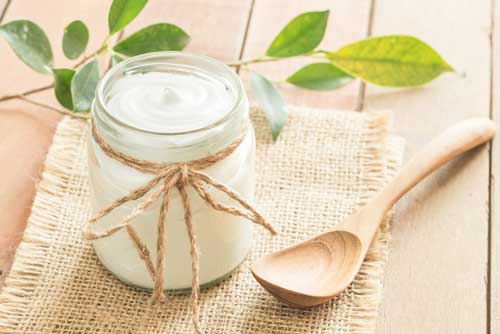 Inflammation may be the root of all diseases.1

On a cellular level, it’s linked to many of mankind’s worst illnesses, including cancer, heart disease, arthritis, diabetes, Alzheimer’s, and obesity.

But a new study shows that one food is powerful medicine against inflammation.

Researchers from the University of Wisconsin-Madison enrolled 120 premenopausal women in a study group. Half were obese. The other half had normal body weights.

Throughout the study period, the researchers took fasting blood samples from all participants.

They assessed the subjects for biomarkers of inflammation and endotoxin exposure. Endotoxins are pro-inflammatory molecules produced by the gut. In an unhealthy gut, they are able to cross the intestinal lining and enter the bloodstream. Once there, they promote inflammation and the diseases that come with it.2

Yogurt Gets Rid of Inflammation

The researchers found that subjects who consumed yogurt reduced their biomarkers for both inflammation and endotoxins. In the pudding group, there was no change.

Dr. Brad Bolling is an assistant professor of food science at the University of Wisconsin-Madison. He led the study.

“The results indicate that ongoing consumption of yogurt may be having a general anti-inflammatory effect,” Dr. Bolling said.3

He added that for people with inflammatory conditions, eating yogurt “is a promising approach.”4

There was a second part to the experiment. Researchers gave participants a high-carb breakfast with processed foods. The meal included sausages, muffins, and hash browns.

Processed foods stress the gut and can weaken the body’s ability to keep endotoxins and blood sugar in check.

Half the subjects started the meal with a serving of yogurt. The other half began with the non-dairy pudding.

Blood tests in the hours immediately following the meal showed that the yogurt eaters had significant reduction in markers for endotoxins compared to the pudding group.

The researchers concluded, “Yogurt before a meal is a feasible strategy to improve post-meal metabolism and thus may help reduce the risk of cardiovascular and metabolic diseases.”

The researchers believe that the probiotic cultures in yogurt reduce inflammation by improving the integrity of the intestinal lining. This stops molecules that cause inflammation from seeping into the bloodstream.

A strong gut defends not only against inflammation, but provides the first line of defense against infections.

Not all yogurts are created equal. Some are packed with added sugars. We recommend Greek and Icelandic yogurts. Both are high in probiotics and low in sugar.5 6