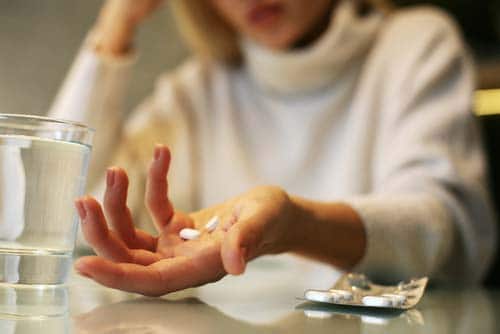 Would you pop a pill that increased your risk of dying by 27%?

But a new study has found that is exactly what you do when you take antibiotics.1

We’ve been telling you for years to avoid antibiotics unless you have a life-threatening bacterial infection. When you take these drugs for minor problems, you’re needlessly destroying crucial gut bacteria… And you help trigger superbugs.

The CDC estimates that 154 million prescriptions for antibiotics are written each year. About four out of five Americans take antibiotics at least once a year.2

But at least 30% of these prescriptions are completely unnecessary because they are given to patients with viral infections. Antibiotics are powerless against viruses.3

Antibiotic use is tied to a wide range of serious illnesses, including diabetes, Crohn’s disease, asthma, and obesity. A study at Massachusetts General Hospital in Boston linked antibiotics to an increased risk of precancerous colon polyps.4

But the new study found something even scarier…

Antibiotics Can Put You in an Early Grave

Researchers at Tulane University in New Orleans studied data on antibiotic use by over 37,000 women. They tracked the subjects for eight years. All the participants were over 60. They did not have heart disease at the start of the study.

The researchers found that women who took antibiotics for two months or longer in late adulthood (after age 59) were:

Study co-author Lu Qi is a professor of epidemiology at Tulane University.

“We observed a notable association between long-term antibiotic use and risk of death,” he said.5

The researchers presented their findings at the American Heart Association’s Epidemiology and Prevention/Lifestyle and Cardiometabolic Health Scientific Sessions. The meeting was recently held in New Orleans.

Although the study followed women, there’s no reason to believe the results would not be similar for men, according to scientists.

Antibiotics can save your life if have a serious bacterial infection such as pneumonia. But for minor infections, they’re not worth the risk.

If your doctor wants to prescribe an antibiotic for a common respiratory infection like a cold or flu, just say no. Most colds and all flus are viral. They will not respond to antibiotics.6

Here are natural alternatives to antibiotics. Unlike antibiotics, they work against both bacteria and viruses. And they don’t have side effects:7

Editor’s Note: Antibiotics aren’t the only medications that should concern you

We list others in our special report, The Top 10 Dangerous Pharmaceutical Drugs—And Their Natural Alternatives. It’s an important read for you and your family.