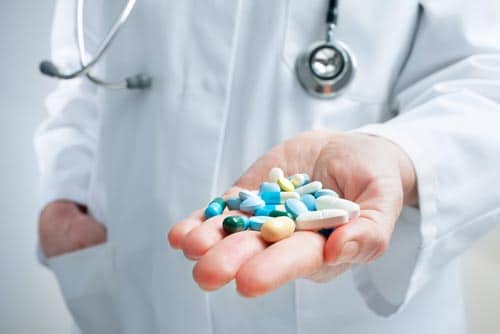 Go to the doctor with a sore throat and chances are you’ll walk out with a prescription for antibiotics. This is true even though it’s likely antibiotics won’t help you in the least.

That’s because most upper respiratory infections that cause sore throats are viral, not bacterial. And antibiotics are powerless against viruses.1

The result of all this unnecessary prescribing? Superbugs.

These are dangerous bacteria that are unaffected by even the most powerful antibiotics. Superbugs now kill more than 23,000 Americans a year.2

There are strains of gonorrhea and MRSA which have become all but untreatable because of antibiotic overuse. And other, deadlier germs are starting to build resistance as well.3

Dr. Peter Pronovost of Johns Hopkins of Medicine believes it’s because of something called “action bias.” This is a tendency of doctors to do “something” rather than nothing…even if that something does no good at all.4

“Patients don’t want to be told to go home and get rest,” he said. “They want their doctor do something. The physician feels the pressure to prescribe despite knowing that inappropriate antibiotics may increase antibiotic resistance.”

Antibiotic prescriptions for minor ailments such as sinusitis, tonsillitis, bronchitis, and bladder infections account for 90% of antibiotic use, according to a new study at Georgia Tech.

If we don’t curtail unnecessary antibiotic use, superbugs will evolve to render all antibiotics mostly ineffective by 2050, the study concluded. This could mean pandemics of tuberculosis, E.coli, or other bacterial diseases.

An estimated 10 million people a year would die.5

Professor Sam Brown of Georgia Tech’s School of Biological Sciences led the study. He believes doctors need to stop prescribing antibiotics for non-life-threatening illnesses to “preserve their effectiveness for when they’re really needed.”

We think that makes a world of sense.

“Take the easier tasks, like sore throats, off of antibiotics and reserve them for really serious conditions,” said Dr. Brown.6

The paper by Dr. Brown and his colleagues was in the journal PLOS Biology.

Most minor bacterial infections will clear up on their own. But there are natural ways you can help your body fight back…and they won’t contribute to the superbug crisis:7

All of these are available at health food stores and online.

Editor’s Note: Antibiotics are just one of the three secret triggers responsible for the spread of a deadly bug linked to 88% of cancers. It could be infecting more than 220 million Americans right now. Discover the simple home test to determine if you have it—and the three foods that kill it—HERE.