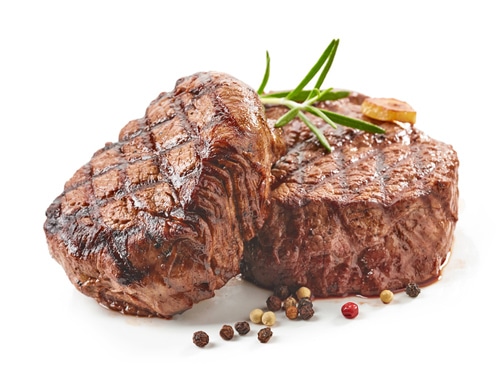 Ever notice how certain foods fill you up more than others?

It’s not your imagination.

According to a groundbreaking study from the University of Warwick, some foods contain high levels of amino acids which activate brain cells called tanycytes. This sets in motion a chemical process that can shut down appetite in as little as 30 seconds.

So while few people may think of a big, juicy steak as diet food…it contains large amounts of two amino acids—arginine and lysine. These are quickly detected by tanycytes.

Once the tanycytes promote a feeling of fullness, you’re more likely to stop eating. This can dramatically reduce your calorie intake and help you lose weight.

The discovery that tanycytes control appetite could turn standard dietary advice on its head. It also could lead to new treatments to curb the worldwide obesity epidemic.

Nicholas Dale is a professor at the University of Warwick’s School of Life Sciences. He led the study. “Amino acid levels in blood and brain following a meal are a very important signal that imparts the sensation of feeling full,” he said.

“Finding that tanycytes, located at the center of the brain region that controls body weight, directly sense amino acids has very significant implications for coming up with new ways to help people to control their body weight within healthy bounds.”1

Dale and his team made their discovery by adding concentrated amounts of arginine and lysine into brain cells, which were made fluorescent. This was so that any microscopic reactions would be visible.

Within 30 seconds, the tanycytes detected and responded to the amino acids. They released information to the part of the brain that controls appetite and body weight.

Eat These to Eat Less

For now, you can activate tanycytes by eating foods high in lysine and arginine. In addition to steak, rich sources include:2

Editor’s Note: Eating these foods isn’t the only way to trigger serious weight loss. Discover the secret “switch” you can flip that tells your body to burn fat instead of store it… Get all the details HERE.