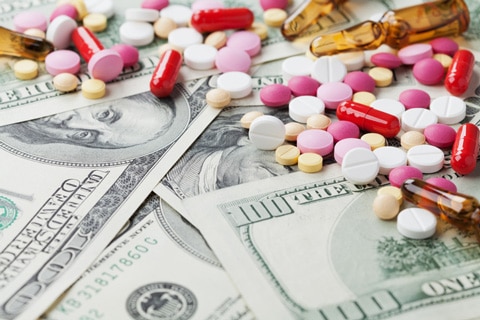 It’s Big Pharma sinking ever lower. And this time they got caught.

Subsys is one of the strongest prescription painkillers in the world. It was approved as the painkiller of last resort in cancer patients.

Insys Therapeutics made cancer sufferers pay a high price for pain relief. It charged as much as $30,000 for a one-month supply. Insurance companies balked at the price. They wouldn’t pay for the drug unless they approved its use in advance.3
As a result, few patients used it.

You’d think the company might consider lowering the price. But Insys came up with a different plan.

The Scheme to Con Patients and Insurance Companies

The company had employees pretend to be from doctors’ offices. They would call insurance companies and request pre-approval use of Subsys for patients who didn’t have cancer, say federal authorities.4

The drug company employees blocked their caller ID. That way their calls could not be traced back to the firm.

A class action lawsuit against the company states that Insys employees were “trained to pretend they worked in doctors’ offices” and “lie about medications the patient had already taken to obtain pain relief . . . and ask for authorization for a three-month supply” of Subsys.5

But the company did not stop there. It further boosted profits by marketing Subsys for “off-label” use for conditions other than cancer.

It is legal for physicians to prescribe medications for non-FDA approved uses if they see fit. But it is illegal for pharmaceutical companies to market a drug for off-label use.6

Insys got around that rule by paying off doctors. Prosecutors allege it gave millions of dollars to doctors to encourage them to “play ball” and write prescriptions for Subsys for non-cancer patients.7
One nurse practitioner in Connecticut pleaded guilty to accepting $83,000 in kickbacks from the drug company in return for prescribing Subsys.8

The payoff plan worked. Subsys sales skyrocketed. It brought in $462 million for Insys in 2015.9

Sarah Fuller is one of the non-cancer patients who was prescribed Subsys. Sarah had neck pain from two car accidents.

During one of her doctor appointments, a sales rep happened to be in the office. Her doctor “let the sales rep start talking about helping her with pain,” said Sarah’s dad David.

She left with a prescription for Subsys. 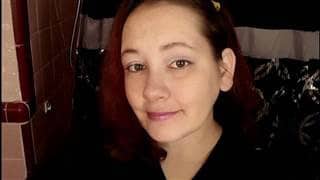 A year later, Sarah was found dead on the floor of her bedroom. The cause? An overdose of fentanyl, the active ingredient in Subsys.

“They killed her,” says Sarah’s mother Deborah. She blames her daughter’s death squarely on those involved with putting Sarah on Subsys.10

The FBI charges filed against the company state that Insys set up a “nationwide conspiracy to bribe medical practitioners to unnecessarily prescribe a fentanyl-based pain medication and defraud health care insurers.”

Special agent Harold H. Shaw is in charge of the FBI’s Boston field office. He said that “top executives of Insys Therapeutics, Inc. paid kickbacks and committed fraud to sell a highly potent and addictive opioid that can lead to abuse and life threatening respiratory depression.”

Fentanyl is 100 times more powerful than morphine and can be as addictive as heroin.11

Oregon Assistant Attorney General David Hart also led a criminal investigation into business practices at Insys. He said: “I’ve been investigating drug cases for about 15 years now, and the conduct that we saw in this case was among the most unconscionable that I’ve seen.”

California, Connecticut, Arizona, Illinois, Oregon and Massachusetts have all filed charges against or launched investigations into Insys’ marketing and sales practices.

The billionaire founder of Insys, John Kapoor, was arrested Oct. 26. He was charged with participating in a scheme to bribe doctors to prescribe Subsys. Six other Insys executives also have been charged..12 13

Protect Yourself From Big Pharma Abuses

This outrageous episode shows that you can’t count on the FDA, your doctor, and certainly not Big Pharma to look out for your health. You need to take control of your own medical care.

One important way to do that is to make sure your doctor is not on Big Pharma’s payroll.

Check Dollar for Docs. It’s a website run by the nonprofit investigative journalism group ProPublica. Simply go to the site and type in your doctor’s name and the state in which he or she practices.

You’ll instantly see if they’re getting Big Pharma payoffs. It will tell you exactly how much your doctor has been paid and where payments came from.

The last thing you should be worried about it is whether your doctor is choosing the best medication for your health…or the one that will bring a fat check from Big Pharma.

Opioids like fentanyl aren’t the only drugs that can put your health in danger. We list others in our special report, The Top 10 Dangerous Pharmaceutical Drugs—And Their Natural Alternatives. It’s an important read for you and your family.