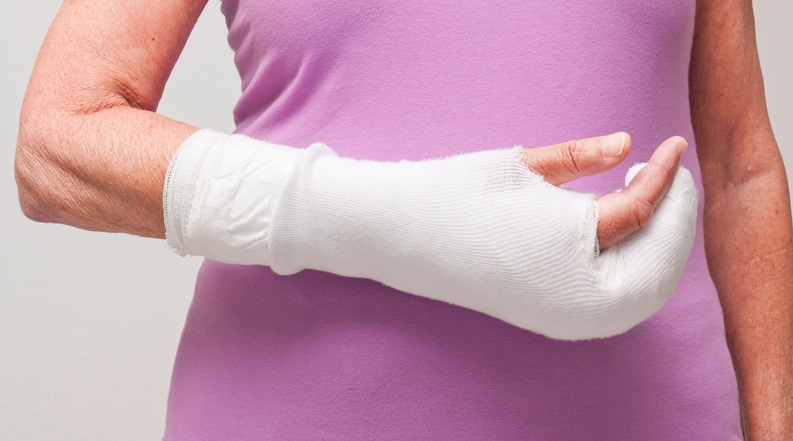 In 1994, the FDA approved a technology that promised to revolutionize the treatment of broken bones. It was called LIPUS, which stood for low-intensity pulsed ultrasound.

Americans suffer about 1.5 million bone fractures a year. We spend $18 billion a year to treat them. And lost productivity from time off work costs us billions more.1

So LIPUS was a seen as a game-changer…a way to get people out of their casts faster. And it was promoted as treatment for displaced fractures and other hard-to-heal bone breaks.

Americans spend about $250 million a year on LIPUS. It costs patients—or their insurance company—over $6,500 to treat a single fracture.2

But does it work?

Recommended for You: What Should You Tell Your Wife?

Imagine…your wife snuggles up to you at 3:00 am. Suddenly you’re awake, feeling turned on like you haven’t felt in years. You press up against her. She feels it too. Her eyes widen with… Surprise. Pleasure. Excitement…

As one man said, “I can perform just about any time and deliver a powerful performance from a dead sleep! I’m very pleased! Within a week… Well we both are happy!”

Wake up your marriage bed with THIS.

Researchers recently conducted a rigorous review of the treatment’s effectiveness. It looked at 26 previous trials of LIPUS devices.

The study was conducted by a prestigious international panel of orthopedic experts. They recently published their findings in the British Medical Journal.

That’s right… More than 32 years after the FDA approved the treatment, we are now finding out that it’s useless.

Of course, it’s been very useful for device manufacturers. They’ve made billions off LIPUS.

The study data showed that LIPUS treatments have little or no influence on patients’ pain or healing time. Nor do they reduce the likelihood that surgery will be needed to repair bones.

The researchers concluded: “a lack of benefit for outcomes important to patients, and, combined with the high costs of treatment, LIPUS represents an inefficient use of limited health care resources.”

In other words, it doesn’t work…and it’s a waste of money.

The panel was scathing in its criticism of LIPUS. It said the findings of ineffectiveness are so undeniable that future studies are not warranted. They recommended doctors stop using LIPUS and switch to “other interventions that have a greater probability to speed up healing.”

For decades we have been brainwashed that dairy will prevent bone breaks. Dairy marketing campaigns bombard us with the message that milk and other dairy products are wholesome, contain calcium, and help build strong bones and a healthy body.

The reality? Dairy does more harm than good.

Swedish researchers found that women who consumed lots of milk were 90% more likely to die of heart disease. Scientists found that much of the calcium in milk was deposited in their bloodstream, where it formed artery-stiffening plaque. This triggers heart disease.

Men who drink lots of milk experience a similar, although not as dramatic, increase in heart risk, the study found.4

Another study found that drinking milk, even in high amounts, does nothing to reduce the risk of bone fractures. In fact, drinking three glasses of milk a day raises fracture risk by 16%, it concluded. Among the elderly, it raises hip fracture risk 60%.5

The researchers found that milk is a major dietary source of a substance called D-galactose. It is linked to chronic inflammation. This is bad for bones and just about everything else in your body.6

Calcium Supplements Are Worse Than Worthless

Many postmenopausal women take calcium supplements. This is another misguided strategy.

After analyzing 10 years of medical tests on more than 2,700 people, researchers at Johns Hopkins University concluded that calcium supplements raise the risk of heart disease. The 2016 study published in the Journal of the American Heart Association showed a strong link between calcium supplements and hardening of the arteries.7

Like dairy products, your body can’t absorb all the calcium in supplements. The excess ends up in your arteries.

So what can you do to avoid osteoporosis and bone fractures? Eat foods with calcium that your body can absorb.

Kale, bok choy, broccoli, and wild-caught oily fish—like sardines and salmon—contain more calcium per calorie than milk. And they are linked to better, not worse, heart health.8

One recent study found that women who simply jumped as high as they could 10 times in a row twice a day had denser bones after four months.[ix]

One more thing…If you smoke, quit. Smoking greatly increases the rate of bone loss as you age.[x]

Editor’s Note: Bone loss is just one more thing we have to worry about as we get older. But recent studies show that the symptoms of aging are just like any others. They can be treated…or even eliminated.

Get the details HERE.