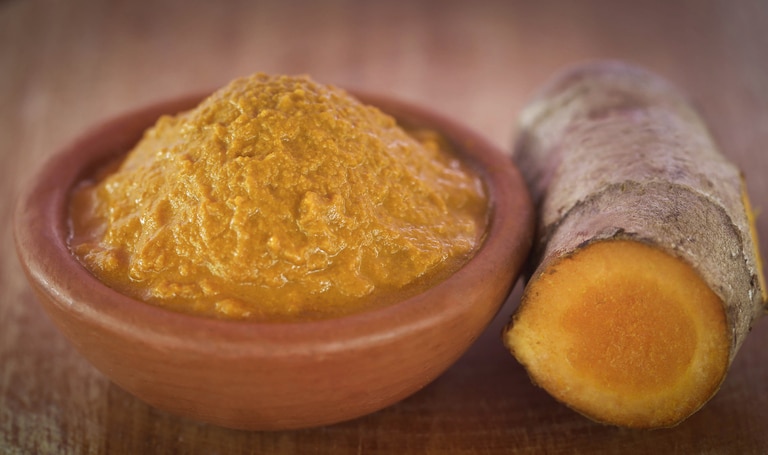 For years we have been telling you about the benefits of curcumin. It’s the substance that gives turmeric its sunny yellow color.

People in India have used the spice liberally in their cuisine for centuries… And the rate of Alzheimer’s in that country is one quarter the rate in America.1

Now, a new study published in the journal BioDiscovery reveals a little-known health benefit of curcumin: It’s great for treating burns and scalds.

Researchers at the David Geffen School of Medicine found that applying curcumin gel to the skin of burn victims:2

Dr. Madalene Heng is a Clinical Professor of Dermatology at the David Geffen School of Medicine at UCLA. She led the study. Dr. Heng wrote that her study found “the rapidity of healing of burns and scalds with application of curcumin gel is particularly noteworthy.”3

She believes that curcumin’s anti-inflammatory properties are the major reason that the gel worked so well. Curcumin is a natural inhibitor of the enzyme phosphorylase kinase, which is rushed to the site of the injury. It causes the swelling, redness, pain, and scarring. Curcumin lessens the enzyme’s impact on the injury.

Recommended for You: The Anti-Cancer Cocktail

Health “experts” say this drink is bad for you. But a 2011 Harvard study found that men who drink 1–3 cups daily reduce their risk of prostate cancer by 30%. And research from Boston’s Brigham and Women’s Hospital and Harvard Medical School shows this beverage lowers the risk of basal cell carcinoma by 20%.

It’s no wonder that Women’s Health magazine calls it “the drink that fights cancer.” Best of all? Guaranteed you already have some in your home. More details found HERE.

One of her patients, an 11-year-old boy, sustained severe second-degree burns from a barbecue explosion while using lighter fluid. He had burns on his forehead, ears, nose, cheeks, and neck.

His wounds were treated with curcumin gel almost immediately. The gel was applied every hour for the first several hours, and then as frequently as possible for several days.

By day five, his healing was dramatic. New skin was growing over the burned areas. His pain was all but absent. Six weeks later the skin had healed completely, with slight pigmentation on the right cheek. Six months later, his skin didn’t look injured.

Another patient, a 35-year-old woman, accidentally poured boiling water on her left hand. She had blisters, second-degree burns, and extreme pain. And she couldn’t even extend the fingers of her injured hand. Dr. Heng began curcumin applications the following day when the patient came to the office. Topical curcumin was applied hourly.

One day later the patient had minimal pain, decreased swelling, and could fully extend all the fingers of her injured hand.

Dr. Heng believes that applying curcumin directly on the wound works better than taking curcumin orally. Topical curcumin applied to the site of the wound allows quick absorption into the affected area,  whereas our bodies can have difficulty absorbing curcumin when taken orally.

Johnson & Johnson actually makes a Band-Aid for burns that contains curcumin… But it’s available only in India.4

Here are two ways to use curcumin on burns:

If you have a serious burn, check with your doctor before applying curcumin.